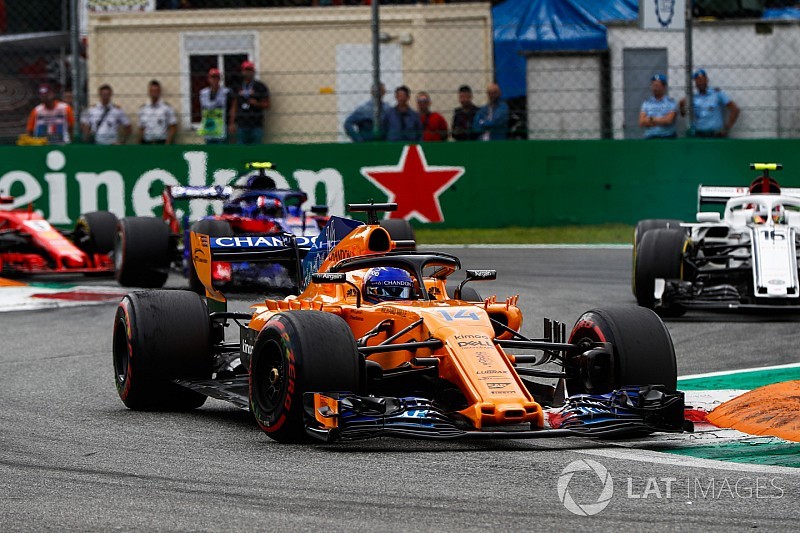 Alonso pulled into the pits on the ninth lap at Monza after his electronics shut down while he was running in 10th position.

It was the Spaniard's sixth retirement of the season, with five of those caused by reliability issues.

"I think it's a shame because sometimes we were in the points, like we were in this grand prix, and the reliability of the team seems to have made a step backwards and we definitely need to improve that for the remainder of the season," said Alonso.

Speaking about the issue, he said: "We had a problem in an electrical part or something because the car was misfiring in Turn 7 and 8, so I had no power in those corners.

"Suddenly the car switched off and I came into the pitlane."

The two-time champion, who is retiring from Formula 1 at the end of the year, had also failed to finish in the previous race at Spa after being involved in the first-lap crash.

Alonso said the double DNF was especially painful as the team had decided not to replace his engine for a new one because the car had been more competitive than expected.

"It was two circuits where we didn't know if we should penalise or not, changing the engine, starting last and expect not to be very competitive," he said.

"But we were better than expected - we were already in the points on lap five or six, and that's why we didn't change the engine and in both races we had to retire very early.

"Now we'll have to change the engine in the next races so on top of these two zeroes, there are more to come."

The McLaren driver reckons the engine change will not come in the next race in Singapore, where overtaking is very hard.

"I hope not because in Singapore if you start last, you finish last, so we'll have to stretch it as much as possible."