Fernando Alonso now feels “100-plus” per cent happy with his Aston Martin move for 2023 after completing his first Formula 1 test for the team in Abu Dhabi.

Alonso dropped a bombshell on the F1 driver market when he signed a deal in July to join Aston Martin for next year, leaving Alpine after two years.

Although Alonso does not officially start with Aston Martin until the new year, the two-time world champion was able to take part in Tuesday’s post-season test running in Abu Dhabi with the British team.

Alonso completed 97 laps in the AMR22 car, setting the third-fastest time of 1m26.312s before handing over to Lance Stroll for the remainder of the Pirelli tyre running at the Yas Marina Circuit.

Summing up his day, Alonso said he was “happily surprised by everything” during the running, which was largely aimed at helping him adjust to the different feeling of the Aston Martin car.

“This year’s car is not anywhere near of what we will run next year,” said Alonso.

“For sure, they had a very strong weekend here. Sebastian [Vettel] qualified in front of me, so I don’t think there was much of a difference between Aston Martin and Alpine on the weekend.

“I felt basically the same as well, I felt a very competitive car. Both Aston Martins finished in the points, so it was a good car anyway.” 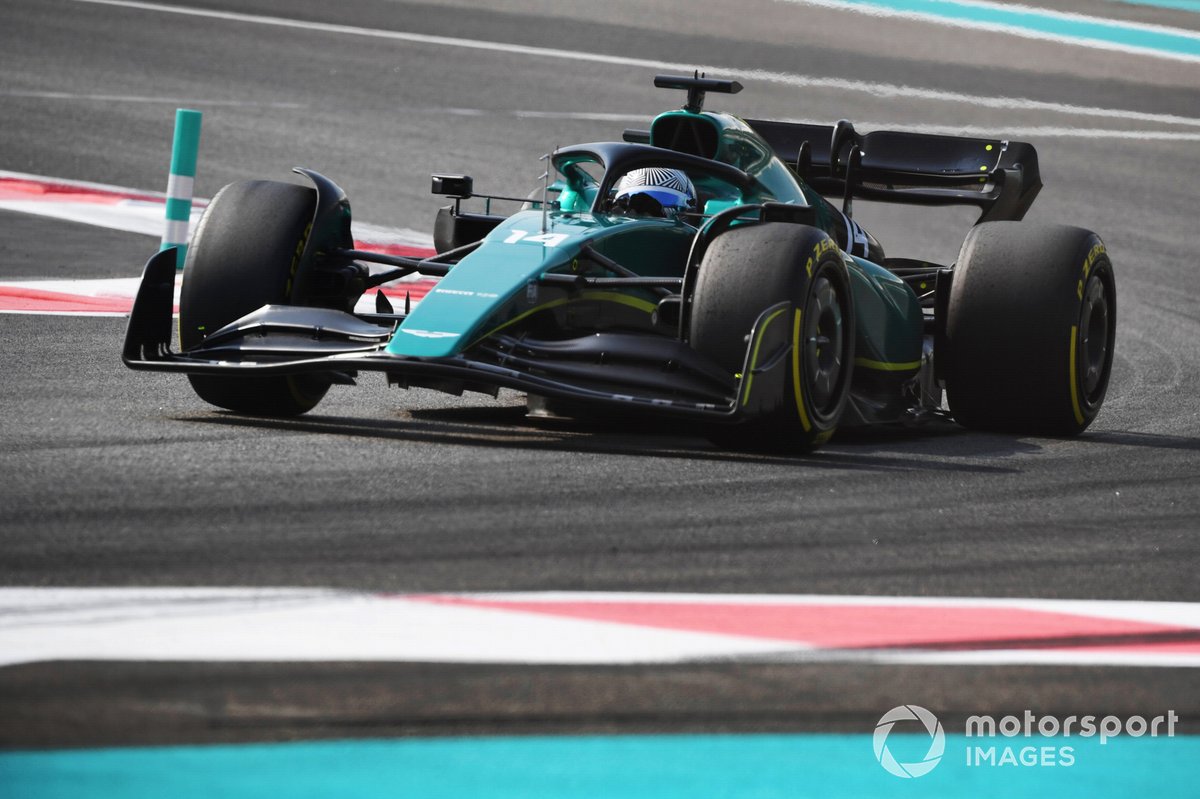 Asked if he felt as optimistic after the test as he did before getting in the car on Tuesday morning, Alonso replied: “No, I’m much more optimistic now.

Alonso endured a frustrating year with Alpine in 2022 as recurring reliability issues resulted in six DNFs, leaving him behind team-mate Esteban Ocon in the final standings. He said his retirement from the final race of the year in Abu Dhabi was a “summary of the season” after a water leak emerged on his power unit.

But Alonso was happy with the reliability shown by the Mercedes power unit used by Aston Martin in the test.

"When they told me the mileage of the engine yesterday night, I was concerned, because I said that number is a little bit high on my standards,” said Alonso.

“But we did 97 laps no problem, so it’s outstanding for sure.”