Alfa Romeo Formula 1 boss Fred Vasseur has suggested the team would prefer an experienced driver like Alex Albon over Nyck de Vries for 2022 as he is wary of having a rookie.

Mercedes driver Valtteri Bottas is expected to be announced as a replacement for the retired Kimi Raikkonen over the next week, but the Swiss outfit's other seat remains open.

Incumbent Antonio Giovinazzi still has a chance to retain his place in the team, but his chances have not been helped by the change in contractual arrangements which means that a slot for a Ferrari Driver Academy member is no longer guaranteed.

It's understood that the Italian remains top of Ferrari's list, and thus if a deal is done he will this not be replaced by anyone else in the Maranello team's junior squad, such as Alfa reserve Callum Ilott or F2 driver Robert Shwartzman.

Should Giovinazzi be dropped, Mercedes Formula E champion de Vries and Red Bull reserve Albon are the two favourites for the drive, and both are also in contention for a Williams seat.

While their respective current employers are both lobbying hard, Vasseur has hinted that Albon has the best chance, as he believes it will be harder for a rookie – not because of the major change in the rule package for 2022, but because of the lack of testing.

"I'm not sure that the change of regulation has something to do with this," Vasseur told Motorsport.com. "I would say that it's probably more the limited number of test days. We have to consider the point between the others in the driver choice.

"I'm much more concerned about the number of these days when you're speaking about a rookie, because you have six, or eight days if you consider the end of season test days.

"It means that it's three per driver with the new car. You could imagine also reliability issues, or bad weather conditions as we had two years ago, or even in Bahrain. We have to we have to consider all these points. 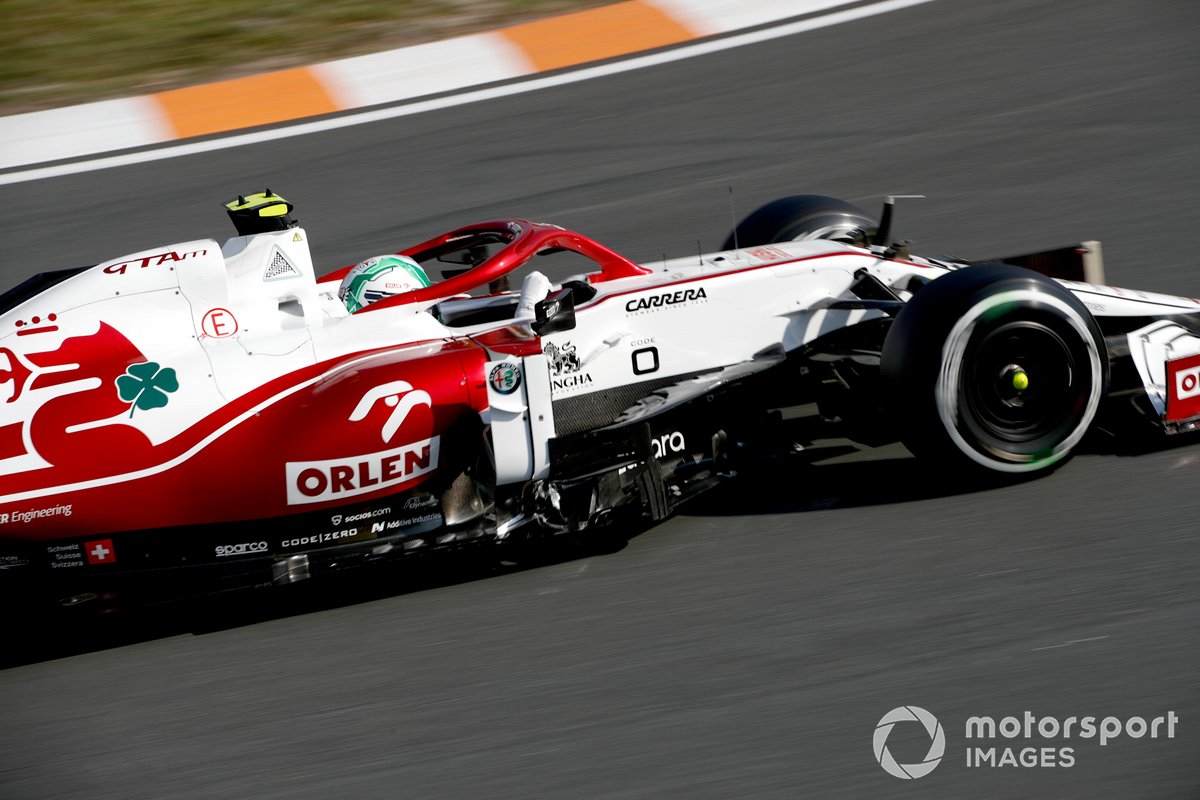 Vasseur hasn't ruled out keeping Giovinazzi, stressing that despite the contractual change a deal could still be done.

"The advantage is that we don't have to take the decision today. Antonio has still some races in front of him, and he is in a good position, he is part of the family, he is doing a good job with us."

Vasseur refused to be drawn on whether the Bottas deal has be done, despite paddock sources saying it has been. The pair previously worked together in F3 and GP3 in 2009-2011.

Verstappen summoned by stewards for overtaking under red flag