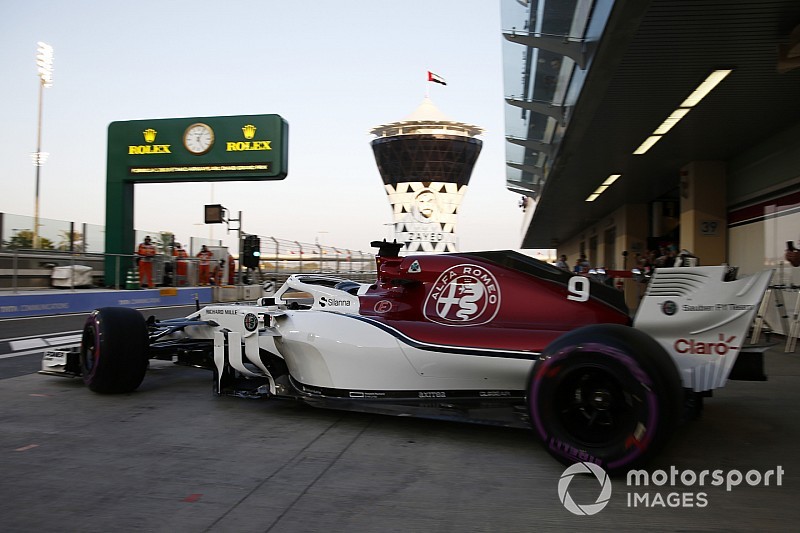 Alfa Romeo Racing's Formula 1 cars will not bear the Sauber name at all in 2019, while the Racing Point team has committed to its planned temporary identity.

A revised F1 entry list published by the FIA has confirmed Alfa has successfully requested to take over the chassis name from Sauber, as well the team's entry.

It cements the Italian manufacturer's first full F1 entry since 1985 as an extension of the partnership that began with Sauber last year, and confirms the Sauber name will not be visible on the 2019 grid after last week's announcement only reference the team's identity.

Alfa's 2019 entry was originally submitted as Alfa Romeo Sauber F1 Team, under the Sauber Motorsport AG company and with Sauber as the designated chassis name.

Sauber Motorsport AG, which remains independent, is still the company behind the Alfa Romeo Racing entry.

Name changes have been a point of contention in recent years because of their significance to F1 teams qualifying for prize money.

A recent prominent example is Manor taking over the Marussia entry but having to use the existing chassis name for 2015.

However, an entry's company name, team name and name of chassis can all be changed after the original entry list is published.

An F1 Commission vote was necessary because of the commercial agreements between F1 and the teams, which Alfa Romeo needs to honour to keep the prize money the entry earned under the Sauber name.

A majority vote is sufficient for immediate change and the team needs to notify the FIA within seven days.

The Racing Point saga that dogged the second half of last season was complicated by the change of company from Force India, and a subsequent new entry.

Racing Point completed the 2018 season under that name and then kept it when the entry list was published late last year.

It had indicated that was just a temporary solution and had been pursuing its own new identity.

However, it remains on the update FIA entry list with Racing Point as the company, team and chassis name – a day after changing its social media identity from Force India to Racing Point.