The Alfa Romeo Formula 1 team has been fined €10,000 and given a dressing down by the FIA for a procedural tyre infringement in Singapore on Friday.

Teams are obliged to electronically return two sets of dry tyres per driver within two hours of the end of FP1. In addition those tyres have to be physically returned to Pirelli before FP2.

On Friday evening the FIA noted that the tyres of both Valtteri Bottas and Zhou Guanyu were not electronically returned in time.

At a hearing the team admitted that it had made a mistake, and the stewards duly applied a fine of €5000 for each car.

However, in so doing they also made it clear that the team has been a repeat offender at not getting its tyre administration done efficiently, and has had to be reminded by FIA technical delegate Jo Bauer on previous occasions.

The stewards noted that for each car: “The authorised representative [of Alfa Romeo] acknowledged the breach and explained that the engineer responsible for this task had overlooked doing so.

“According to the technical delegate, he has had to remind this team a number of times this season to submit electronic returns which have been overlooked. This was not disputed by the team representative. 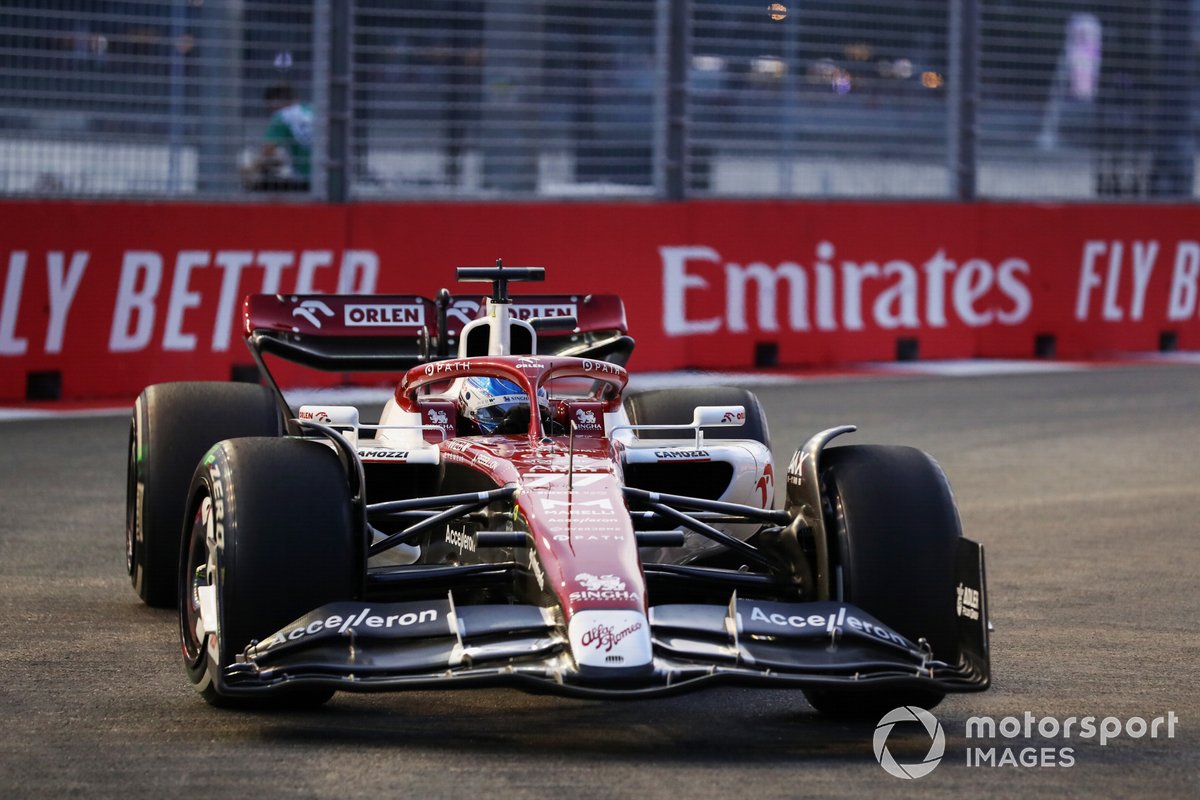 “Although no sporting advantage could have been gained by the oversight in this case because the tyres had been physically returned and could not therefore be re-used, nonetheless a technical breach of the regulations has been committed.”

At the 2017 Japanese GP the Haas team was given a €5000 fine for an electronic return offence, but it was suspended.

At this year's Hungarian GP Williams was fined €1000 after it made a mistake in its tyre allocation and Alex Albon actually used a set that had been electronically returned.

Thus the harsher penalties for Alfa Romeo may reflect the FIA’s frustration that the Swiss team has had to be given those reminders.