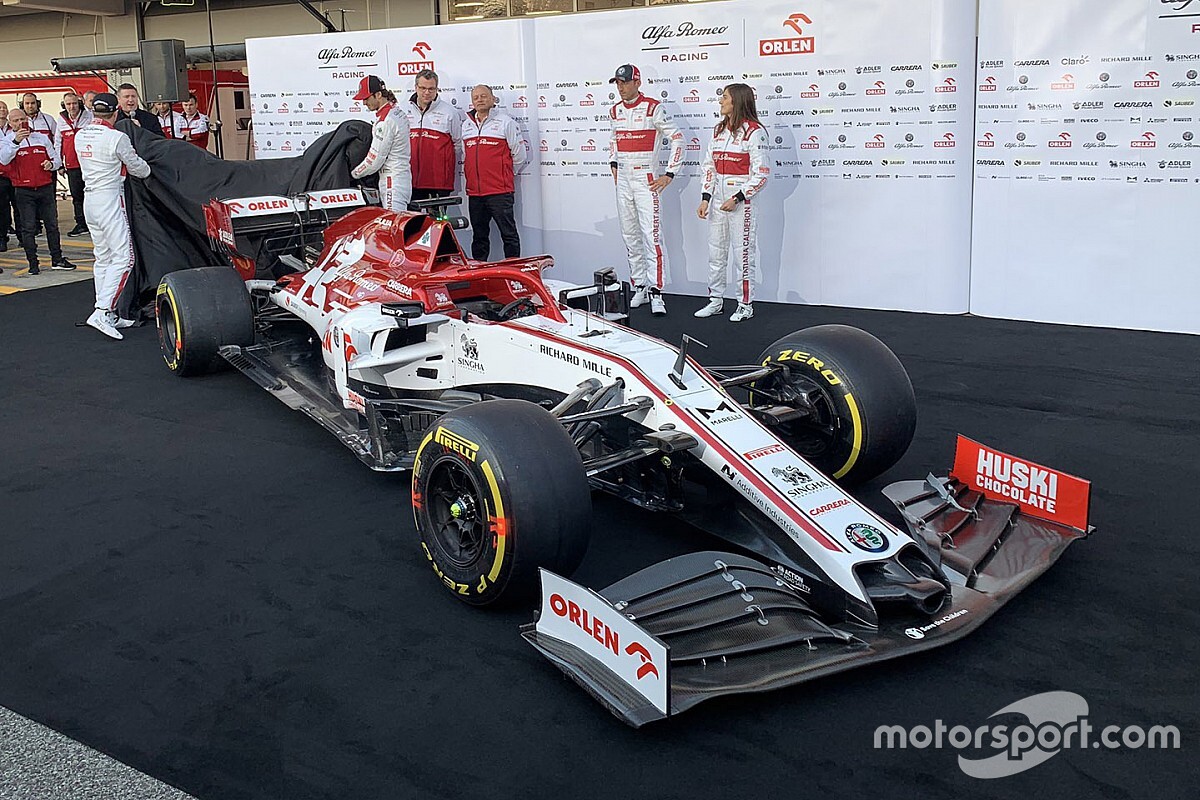 The Alfa Romeo Formula 1 team has unveiled its new livery before the start of pre-season testing in Barcelona on Wednesday.

The team formally launched its 2020 challenger in the pitlane at the Circuit de Barcelona-Catalunya, having previously given it a maiden run in a camo livery in a Fiorano shakedown last week.

Drivers Kimi Raikkonen and Antonio Giovinazzi were on hand to lift the covers off the new livery, which remains largely unchanged from last year’s design.

The white base colour remains with red trim, albeit with additional branding for new title partner Orlen - on the front wing endplates, rear wing and sidepod - following its arrival for the 2020 season. The blue lines that adorned the 2019 car's nosecone have been painted red.

New reserve driver Robert Kubica is set to complete the first official running in the Alfa Romeo C39 on Wednesday, having joined from Williams.

The Pole is scheduled for the morning session in Barcelona before handing over to Antonio Giovinazzi in the afternoon.

Kimi Raikkonen got his first taste of the new car during the shakedown, but will get a first extended run on Thursday when he is slated for the full day.

Giovinazzi will then round out the opening test on Friday.

During the launch, the team confirmed it has retained 2020 Super Formula newcomer Tatiana Calderon in a test driver capacity.

Haas was another F1 team to officially launch its 2020 car in the pitlane ahead of testing, albeit it had already released images of the VF-20 prior in its race livery prior.