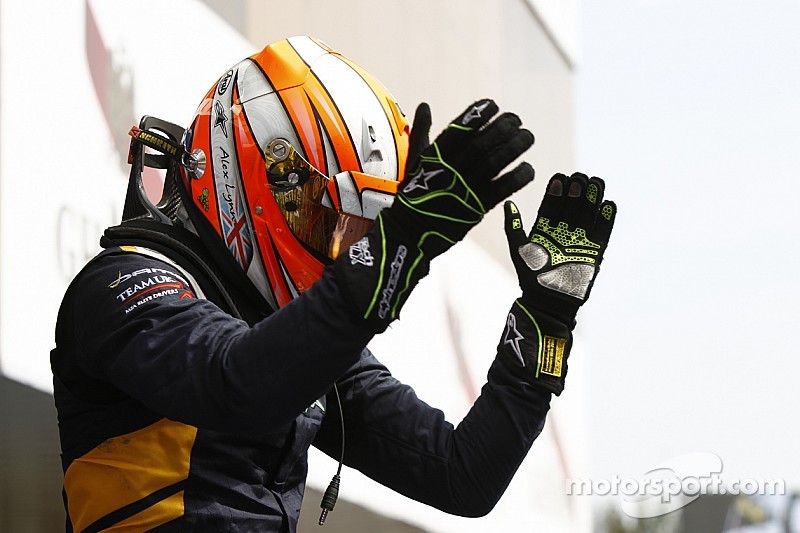 Williams test driver Alex Lynn faces a big challenge on Wednesday in Barcelona as he has to make an impression on the team in his only scheduled F1 outing of the season.

Lynn, who won the GP2 sprint race on Sunday, is hoping to follow in the footsteps of fellow GP3 champion Valtteri Bottas and graduate to a race seat with the Grove team.

His only previous F1 experience was a day with Lotus in Abu Dhabi at the end of last season.

“It's my only time in the car this year so I need to make the most of it,” Lynn told Motorsport.com. “I have to do the job the team wants while also showing that I'm a good driver and hopefully what they want for the future. So that's going to be the main aim.

“The Lotus day was so last minute, and I felt so out of my depth. I couldn't have had a harder first day in an F1 car!

“This time I've had so much more preparation. The best thing was driving three days straight at the same track in a car that's just a little bit slower than an F1 car. It was great preparation.”

The timing of his Barcelona GP2 sprint race victory on Sunday was perfect as it gave him a boost before his F1 outing.

“This weekend was important just to get a good grounding in the championship,” he said. “Obviously I was devastated to come away with no points after Bahrain where we showed such promise, this weekend we needed to get some points on the board and get the confidence of myself and the team back up to where it was in pre-season testing.

“It's great for my confidence. I hope to have a strong F1 test, and then that snowballs into Monaco and then we start to put a nice year together.”

Not intimidated by Vandoorne

Lynn was the only driver able to stay ahead of the charging Stoffel Vandoorne in the Barcelona sprint race, as the Belgian jumped from eighth to second: “I think a lot of people give him an easy time!

“They see him in their mirrors and they believe he's genuinely quicker, the way he came through the traffic after stopping early in the feature race. So the win was an important one for me and the team.

“We're not going to lie down, we're going to take it to him every race.”