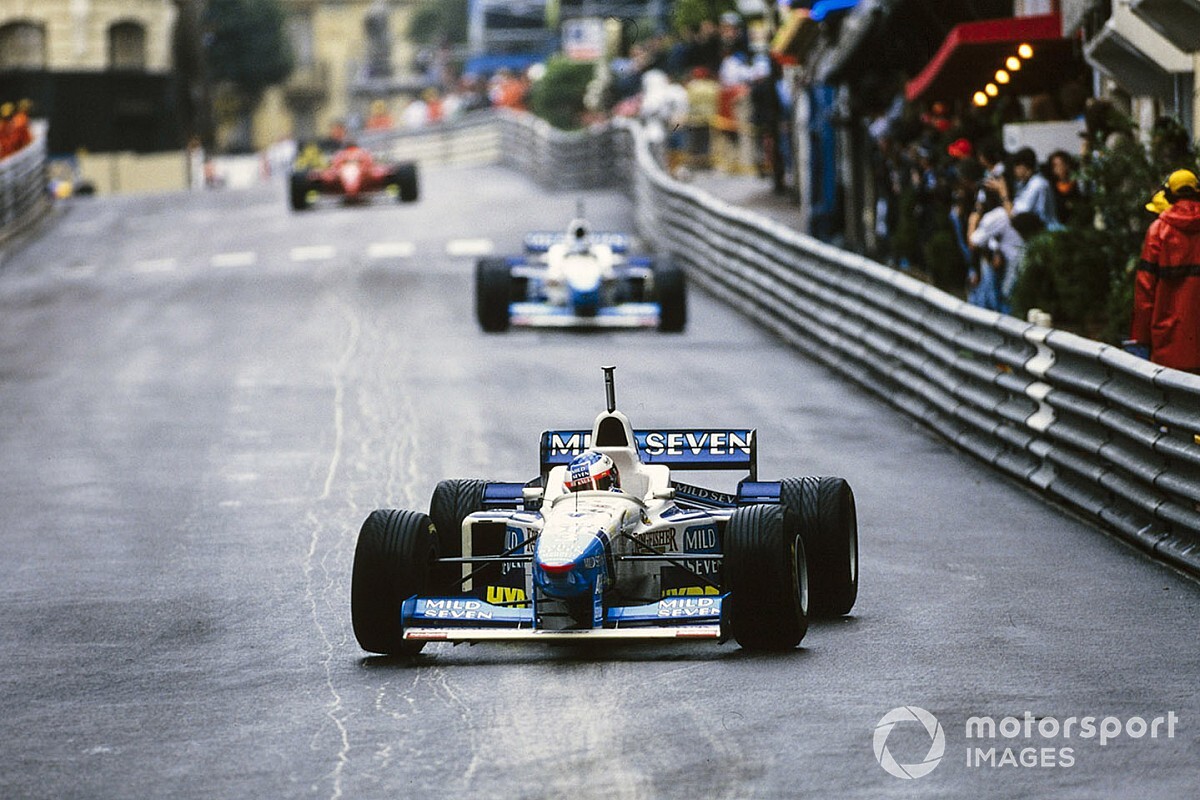 A race that is best remembered for a shock victory by Olivier Panis on home soil could easily have been won by his compatriot Jean Alesi were it not from a suspension failure while clearly in the lead. It was to prove entirely fitting of a promising yet often unfulfilled F1 career.

The 1996 Monaco Grand Prix is one of the mostly fondly remembered races in Formula 1 history. In a chaotic, rain-struck affair that ended with just three cars classified as finishing the race, Olivier Panis claimed the underdog victory of all underdog victories for Ligier.

The race's enduring popularity is such that F1 picked it as the fourth race it would live stream in full via its social media channels today, as part of its bid to fill the void fans are currently dealing with.