Alexander Albon’s return to the Formula 1 grid could be clinched within the next week amid interest from both Williams and Alfa Romeo for 2022.

Albon has served as Red Bull’s reserve and test driver this season after being dropped at the end of last year to make way for Sergio Perez at the team as Max Verstappen’s teammate.

Red Bull team principal Christian Horner revealed last week at Spa that efforts were being made to find Albon a seat for next year, with Williams and Alfa Romeo being the two open teams.

Albon’s return to the grid would be a key part of the driver market silly season, which is also waiting for an announcement by Mercedes to define George Russell and Valtteri Bottas’s future plans.

Speaking on Friday at Zandvoort, Horner said there was “quite a bit of interest” in Albon for next year, and that Red Bull would “do whatever we can” to get him back on the grid next year.

“I hope that nothing prevents him from realising one of those opportunities,” Horner said.

“He's a talented driver. Subject to George moving, now Kimi [Raikkonen] is retiring, that does open up opportunities. So I'm sure that will get resolved over the next week or so.”

Horner ruled out a return for Albon to AlphaTauri, who he debuted for in 2019 when the team was known as Toro Rosso, and confirmed that both Williams and Alfa Romeo had enquired about his services.

“So Williams and Alfa have both expressed interest. And yeah, we're keen to see him back racing in Formula 1. Hopefully that can get resolved over the next few days.”

Asked if he would be prepared to lose Albon from the Red Bull family if he joined a Mercedes- or Ferrari-linked team for next year, Horner said Red Bull would “accommodate whatever we can to ensure that he's back in a race seat next year.”

Horner added: “There's always obstacles. He's a lad that deserves an opportunity in Formula 1 next year, and we're doing our best to try and help him achieve that.

“There’s good discussions ongoing at the moment. So hopefully that can get resolved in the coming days.” 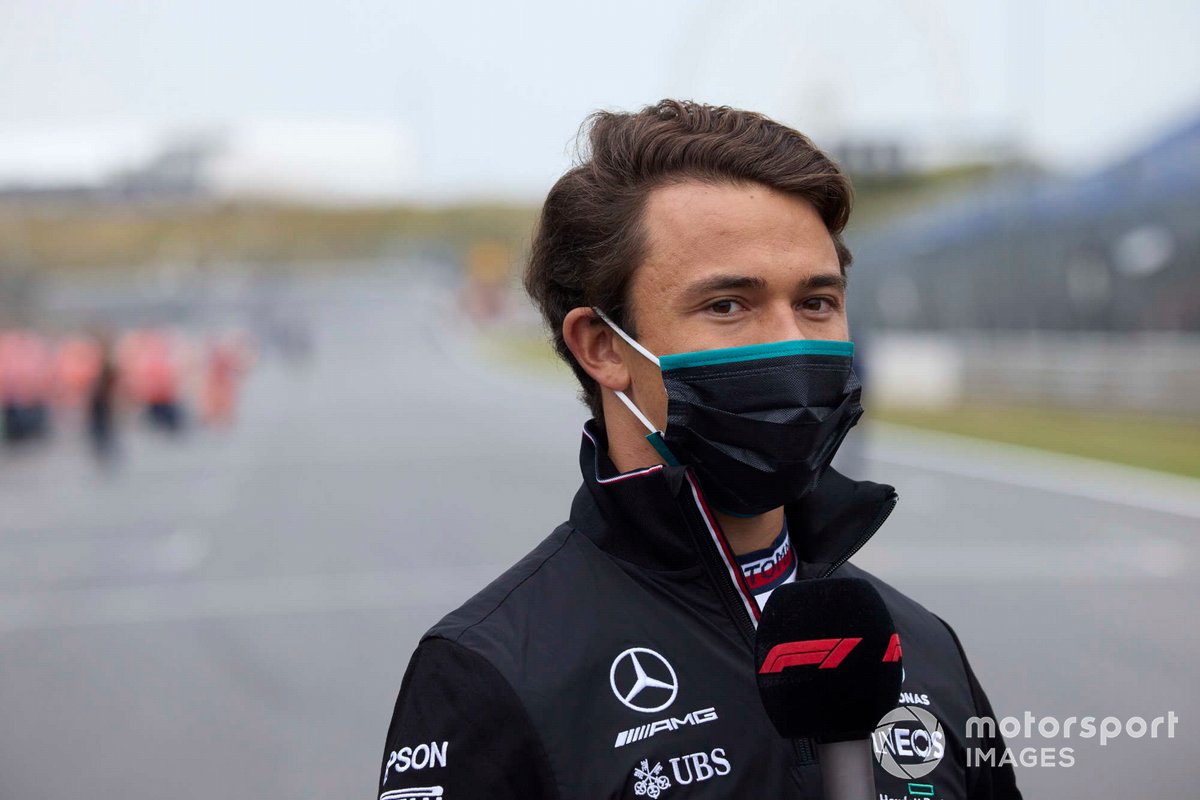 Albon’s future appears to be directly linked to the placing of Formula E champion Nyck de Vries joining the F1 grid next year as Mercedes looks to secure him a drive.

Mercedes F1 boss Toto Wolff said that it “revolves around Alex Albon”, who he agreed “deserves a seat” in Formula 1.

“So Nyck has a guaranteed seat in Formula E with us. And I mean, as I said before, I wish him to be in Formula 1, but I don't want to lose him for our Formula E campaign.”

Vettel set to return in Zandvoort FP2 after engine failure