Williams has heavily revamped its FW44 for the Silverstone race in a bid to help push it up the F1 grid.

Taking some inspiration from the Red Bull concept, the Williams changes include modifications to the wings, floor, sidepods, engine cover, suspension and diffuser.

With only limited parts having been produced, Albon has been given exclusive access to the changes for the British GP, with Nicholas Latifi to get hold of it when the team has enough spares.

Although the opening day of action at Silverstone was compromised by a wet first practice session, Albon says initial impressions from the dry afternoon running were encouraging.

“It felt okay,” he said. “It was different. It is tricky because everyone didn't get much running in FP1, and when you have an update, you require mileage, and we haven't had much track time today.

“We had a slight issue as well at the end of FP2, so didn't do a proper long run. We did maybe six or seven timed laps, but every time we were on track, at least, we were looking pretty strong. It's good.

“Sometimes updates require a big setup change and although we do need one, there are still things to work on, it should be hopefully achievable overnight to get the car in a better window.” 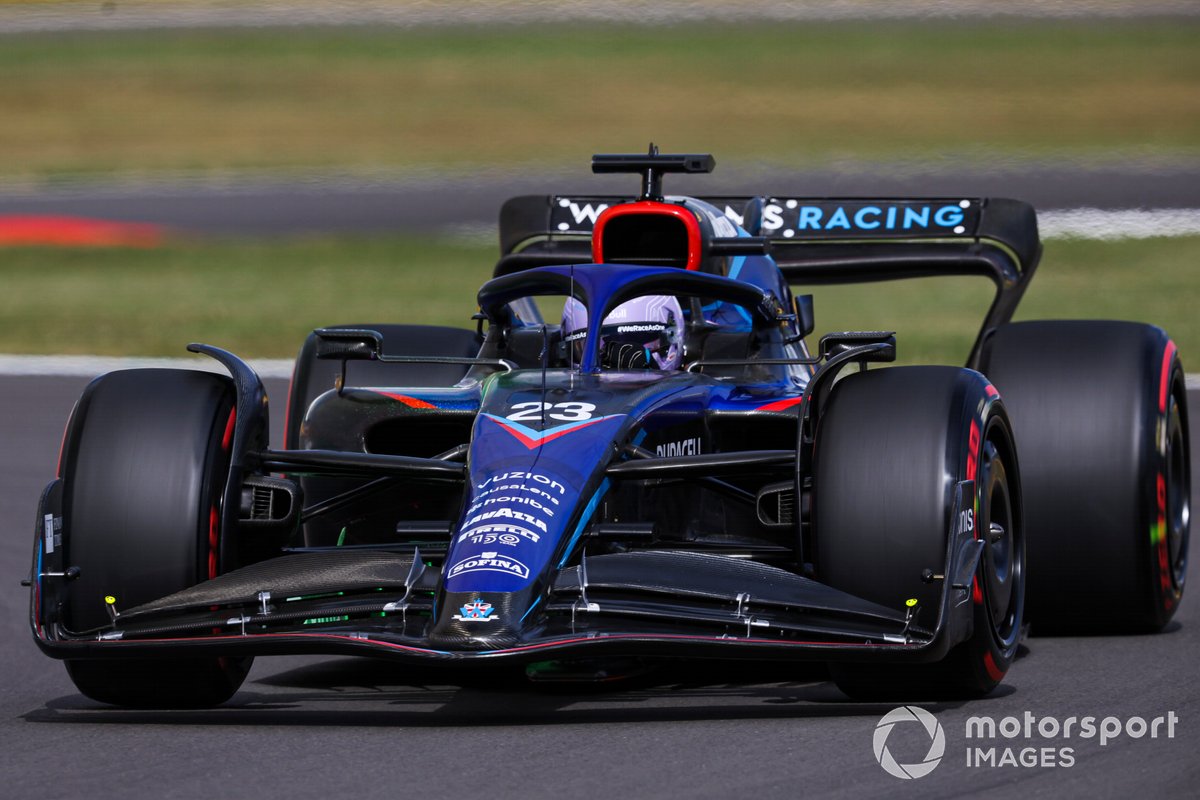 While Williams has fallen down the order since the start of the season, as other teams have developed, Albon senses an opportunity to get back in the hunt for a Q2 spot now that the team has brought improvements.

Asked about his realistic expectations, Albon said: “Hopes are we get the car in a good window, and we can get the balance in a place where I can use the car and push it. Plus if I can get confident in it, then that's in itself a good achievement.

“Of course, if you look at it on a more ones and zeros point of view, in terms of position, Q2 would be an obvious target for us. So it'd be a sensible place to hope for.”

Hill: F1 title fight is at "critical tipping point" ahead of British GP