Williams driver Alex Albon has been taken to hospital in Coventry for further checks following a collision at the start of the Formula 1 British Grand Prix.

The 52-lap British GP at Silverstone was red-flagged for a massive incident involving George Russell, Pierre Gasly and Zhou Guanyu which tipped the latter over.

The Alfa Romeo driver skidded along track at Abbey and struck the barrier, which flipped him into the air fence – his car coming to a rest behind the tyre barrier.

Zhou was taken to the medical centre for checks, with his Alfa Romeo team confirming he had suffered no fractures and was conscious throughout the incident.

Behind, Albon was tagged and sent into a spin by Aston Martin's Sebastien Vettel, with Albon tagged by Yuki Tsunoda and Esteban Ocon and sustaining terminal damage to his Williams.

While he got out of his car seemingly unscathed, he was taken to the medical centre for checks and, according to the FIA and Williams, has now been transferred to a Coventry hospital for further evaluation.

"Two drivers involved in the incident at the start of the race were checked in the medical centre," the FIA said.

"There were no major injuries. The driver of Car 24 (Zhou) is under observation in the medical centre.

"The driver of Car 23 (Albon) will be transferred by helicopter to Coventry Hospital for precautionary checks. The driver of Car 63 (Russell) was checked by medical staff and was declared fit." 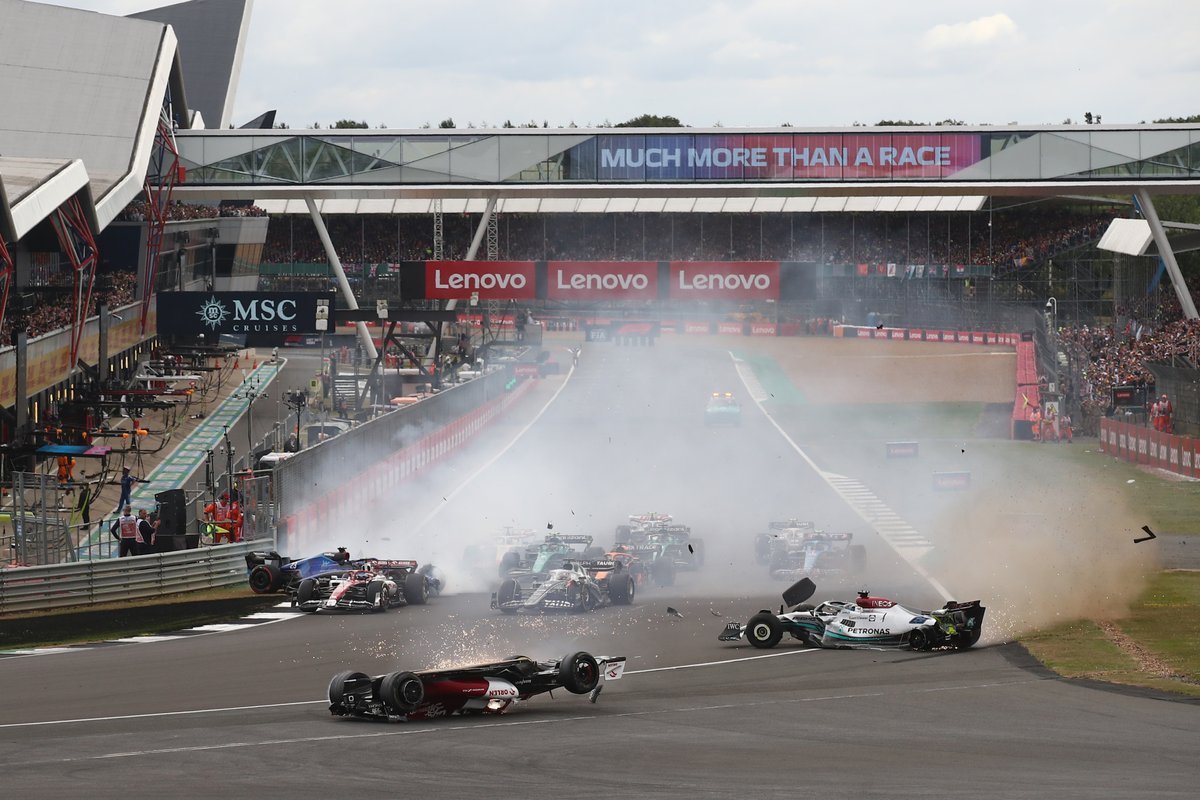 Williams later added on social media: "Alex has been transferred by helicopter to Coventry Hospital for precautionary checks following the opening lap incident. We will provide updates when available."

Russell was unable to take the restart after his stricken Mercedes, which suffered a left rear puncture in his Gasly collision off the line, was loaded onto the back of a recovery truck which is deemed as him having received outside assistance.

The British driver said later that he had told the marshals after the incident to leave his car while he returned to his team.