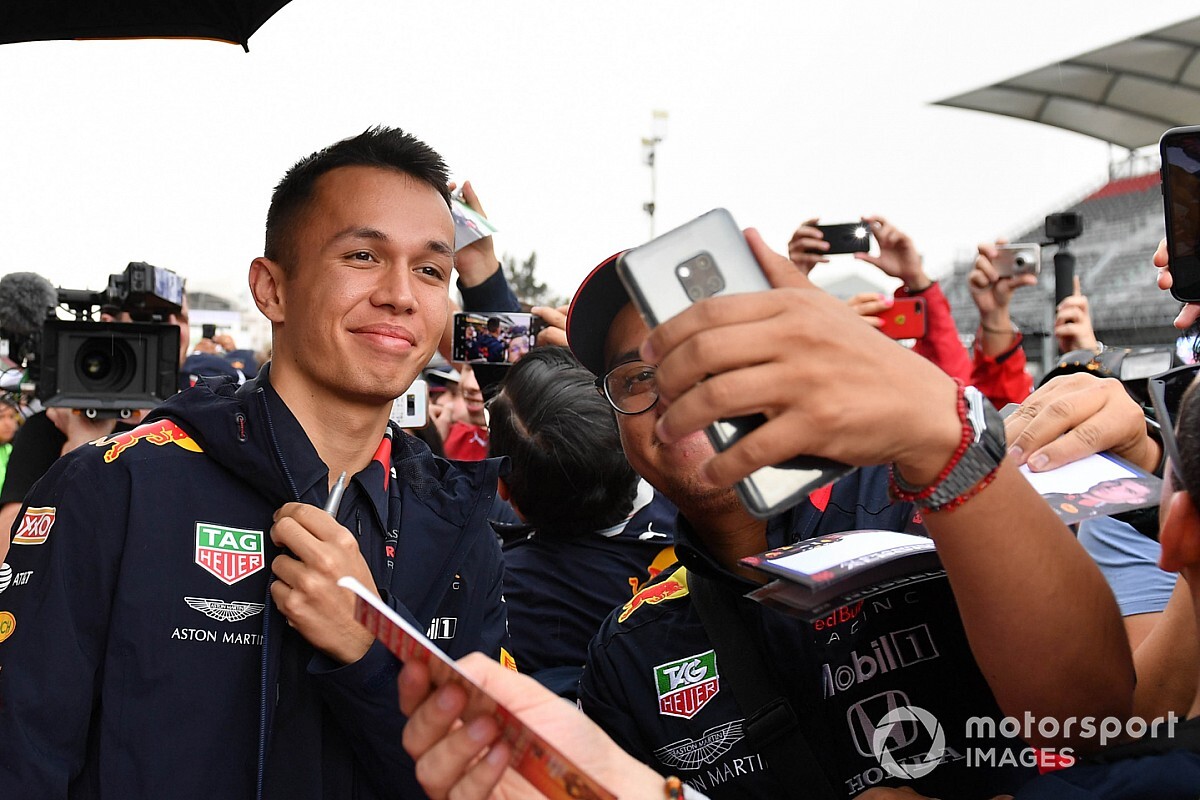 With Albon having joined a host of top name stars in venturing into Esports competition during the coronavirus lockdown, he says his eyes have been opened up to a new world of competition and getting close to his followers.

The Thai driver thinks that the interactions with fans that they have made on streaming platforms like Twitch is something that will be maintained in the future, even if it is hard to be as connected during real F1 race weekends.

“I think already what I've realised is that definitely [there is] this feeling that the fans have been able to really connect to the drivers,” he said about his recent experiences during the FIA eConference 2020.

“It's just the way that the F1 is of course. It's very difficult to kind of really get to know a driver. That feeling of being at home, speaking to your audience and getting that interaction is something really special.

“I think it's very open and you can speak to everyone pretty openly. And we do have an amazing fan base. I think the community is extremely loving.

“I don't see why that won't carry on through to the real life really. It's just going to continue I think. It's obviously going to be very busy now but once the season does stop when we get into the Christmas, New Year period, we're all going to be jumping back on and kind of keeping that engagement going.”

Albon became a regular in F1’s Virtual GP series, and he reckons there are good opportunities for drivers like him to get more involved in eSports in the future.

“I've really enjoyed it,” he said. “It's been very fun, very competitive. I think putting drivers in environments where we're going to be racing against each other is always going to make us ultra keen to beat one another.

“I think the community within the sport, not just with the drivers but also with the fans and the engagement we get streaming and things like that, has been really impressive. I've kind of been opened up to this whole new world that I've never really delved in before, and I think it's a really exciting opportunity for us.”

Former grand prix driver and FE front-runner Stoffel Vandoorne, who won the electric series’ Race at Home championship, reckons that the streaming experience with fans was one of the most positive things to come out of the lockdown racing.

“For me it was something new, to start streaming on Twitch,” he said. “I obviously knew about it. I think Lando [Norris] was probably the driver that was most involved with this already before we even went into lockdown.

“For me, it's been a complete new experience to engage with my fans. They definitely loved it, to see the action from my perspective, but also the communication between the different racing drivers has been probably more relaxed than it's been in real life.

"It’s more fun, more engaging and ultimately you know we've been entertaining the fans at home as well. It’s not really thinking about too much stuff, it’s just being ourselves.”

eNASCAR Heat Pro League heads to Iowa for Round 7