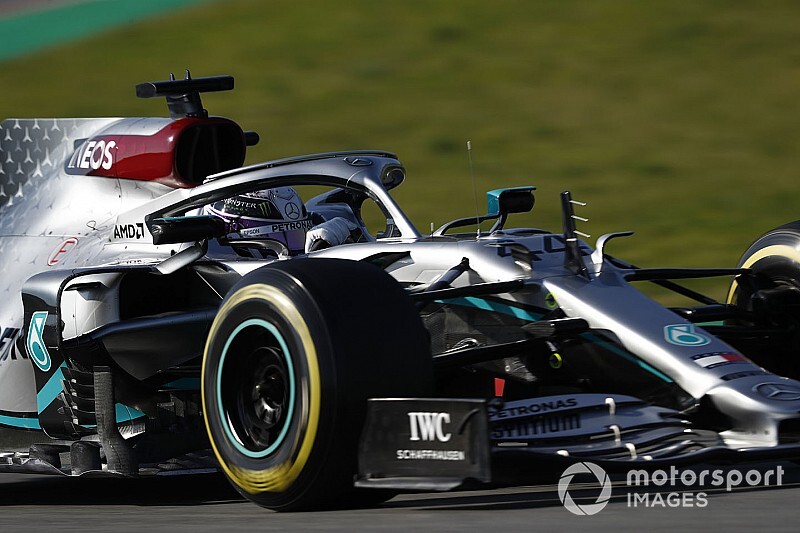 Red Bull driver Alex Albon reckons rival Formula 1 teams would have discovered Mercedes' "sneaky" DAS steering development, even if it had not been picked up on pre-season TV footage.

F1 is broadcasting the two 2020 pre-season tests at Barcelona, and Mercedes innovative system was spotted being used by Lewis Hamilton during his laps on the morning of the second day of last week's opening event.

This led to intense speculation about what Mercedes was doing – and whether it was legal – with rival squads also expressing interest and raising their own questions.

Albon reckoned "maybe we wouldn't have seen it in so early in testing" but explained that F1 teams' practice of hiring photographers to keep an eye on rivals would have alerted them to what Mercedes was doing before the media became aware.

"It's quite nice to have all these onboards and all that," he continued.

"But at the same time, I think teams nowadays, they have photographers everywhere. I think maybe we'd have known about it and you guys would have.

"We were speaking about it with the team - just how would that feel just as a driver moving the steering wheel must feel very strange.

"But that's what testing is about and that's what simulators are about as well. So, I'm sure they've tried it before.

"But it is sneaky. To be honest, I don't really know what it's being used for - I was driving the whole day [when the system was first revealed].

"So I just came back without a debrief and suddenly there was this thing on the screen all the time - replays showing the steering."

When asked if Red Bull was concerned it did not have its own version of DAS on the RB16 -which Albon and teammate Max Verstappen have called a step forward over the team's 2019 challenger – Albon said: "No - we're focused on ourselves at the minute.

"Of course maybe that's a future thing but for the moment we've just been doing our runs, getting the laps in, getting miles in. Feeling good with the car.

"There were a couple of things [to sort out}, obviously like minor things, as always, tuning our car, and then we'll worry about it when we come to Melbourne."