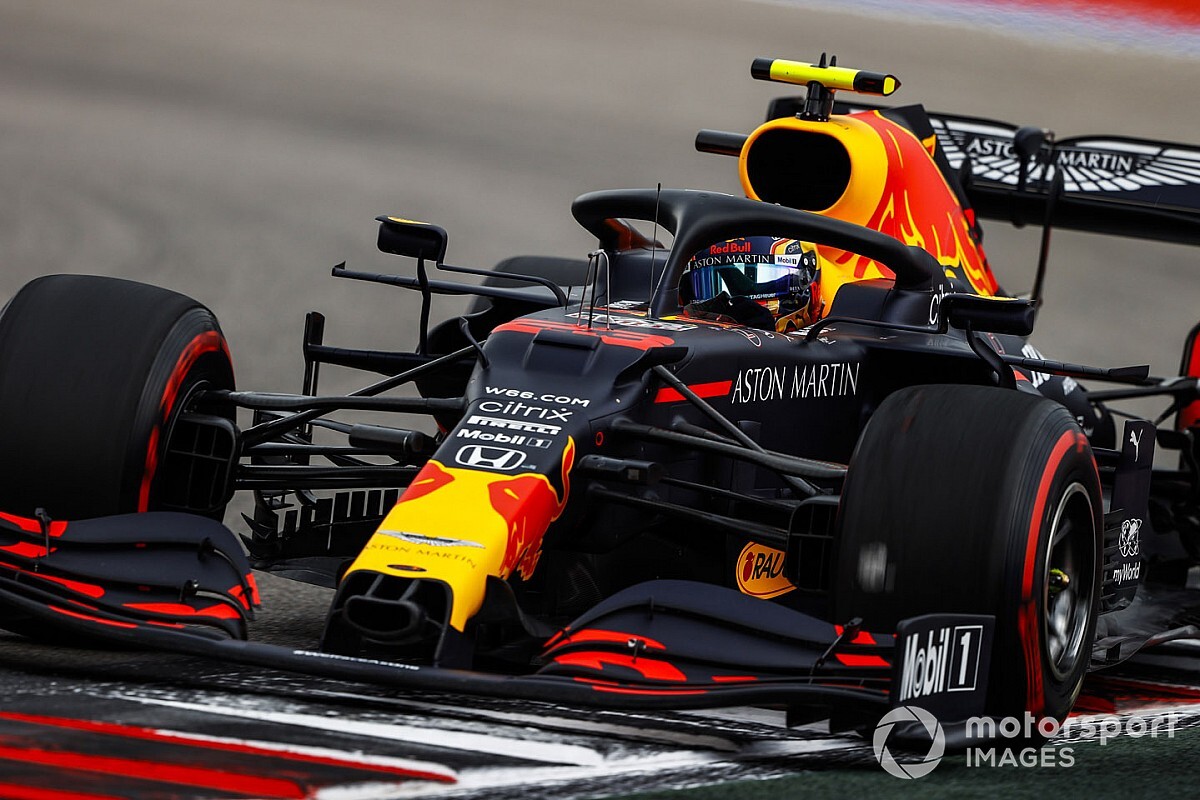 Albon had been due to start the race in Sochi from 10th on the grid, but will now drop back to 15th as a result of the sanction, while Latifi will fall from 19th to 20th.

FIA technical delegate Jo Bauer confirmed in his pre-race report that both Red Bull and Williams had requested the gearbox changes on Saturday night.

“The gearbox has been replaced with the approval of the FIA technical delegate following a written request from the team concerned (requested on 26 September 2020 at 19:25hrs), this being in accordance with Article 34.2 of the 2020 Formula One Sporting Regulations,” a report from Bauer read regarding Albon.

“The gearbox change was before the six consecutive Events expired. Therefore this is not in compliance with Article 23.5a of the 2020 Formula One Sporting Regulations and I am referring this matter to the stewards for their consideration.”

Teams are required to make each car’s gearbox last six races, but are permitted to fit a fresh one should the driver fail to finish the prior event.

The ruling comes as another blow to Albon, who had been left puzzled by his lack of pace during qualifying as he finished over a second slower than team-mate Max Verstappen.

“It didn’t feel terrible in Q1 and Q2, and it just seemed like people around made a jump,” Albon said.

“I didn’t really feel like I had much left to be honest. A bit of head-scratching going on, because yeah, the laps I did didn’t feel terrible.

“Of course there are still in places a couple of tenths to find here and there. But yeah, obviously the gap is quite big.”

Latifi’s sanction ensures that Kimi Raikkonen will not line up at the back of the field, moving up a place to 19th, as he prepares to tie Rubens Barrichello’s record for the most F1 starts on Sunday.