Alex Albon's charge to fifth place from 17th on the grid at the Belgian Grand Prix has been labelled as impressive by his new team boss Christian Horner.

The Thai driver was having his first outing at Red Bull since his promotion from Toro Rosso, and started well down the order thanks to him taking a new Spec 4 Honda power unit for Friday practice.

But despite a low grid spot and limited experience of his new car, Albon put in a well judged performance to grab fifth place at the end.

Horner was delighted with the job Albon did, and especially the way that he muscled past experienced racers like Daniel Ricciardo and Sergio Perez.

"I think Alex has impressed me all weekend with his approach, his feedback, and his pace," said Horner. "In the race, I think he did a very mature job.

"In the first half of the race we weren't quite as competitive on the harder tyre as we were on the softer tyre but he didn't make any silly mistakes or take any silly risks. He just dialled himself in.

"We said you'll find the car comes alive in the second half of the race and it certainly did with him and his moves.

"We know Daniel [Ricciardo] is a tough racer, and his move on Daniel, his other passes, his move past Sergio [Perez] on the last lap, were extremely impressive. To go from P18 to P5 was a very good start."

Horner hopes that the Spa performance will boost Albon's confidence ahead of a Monza weekend where he will be qualifying as normal.

"It was an encouraging start for him and hopefully he'll have a clean weekend with a straightforward qualifying in Monza. But certainly he's made a very favourable impression with the engineering team within the garage, certainly a good start."

Horner also reckoned that Pierre Gasly, who Albon switched places with, has made the best start possible on his return to Toro Rosso.

"Having spoken to Pierre over the weekend as well, he seems to have exactly the right frame of mind getting into the Toro Rosso. He recognises there are still opportunities to him and he certainly seems to be approaching it with the right mindset." 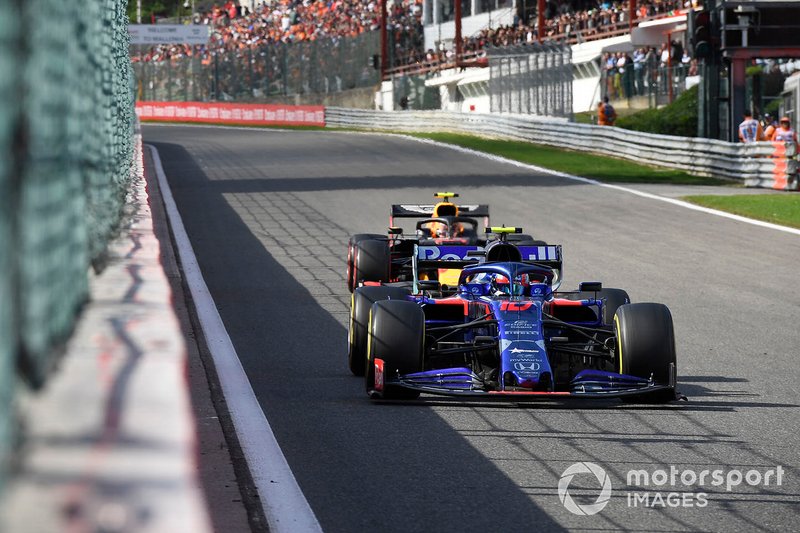