Albon: Benefits to having super fast teammate like Verstappen 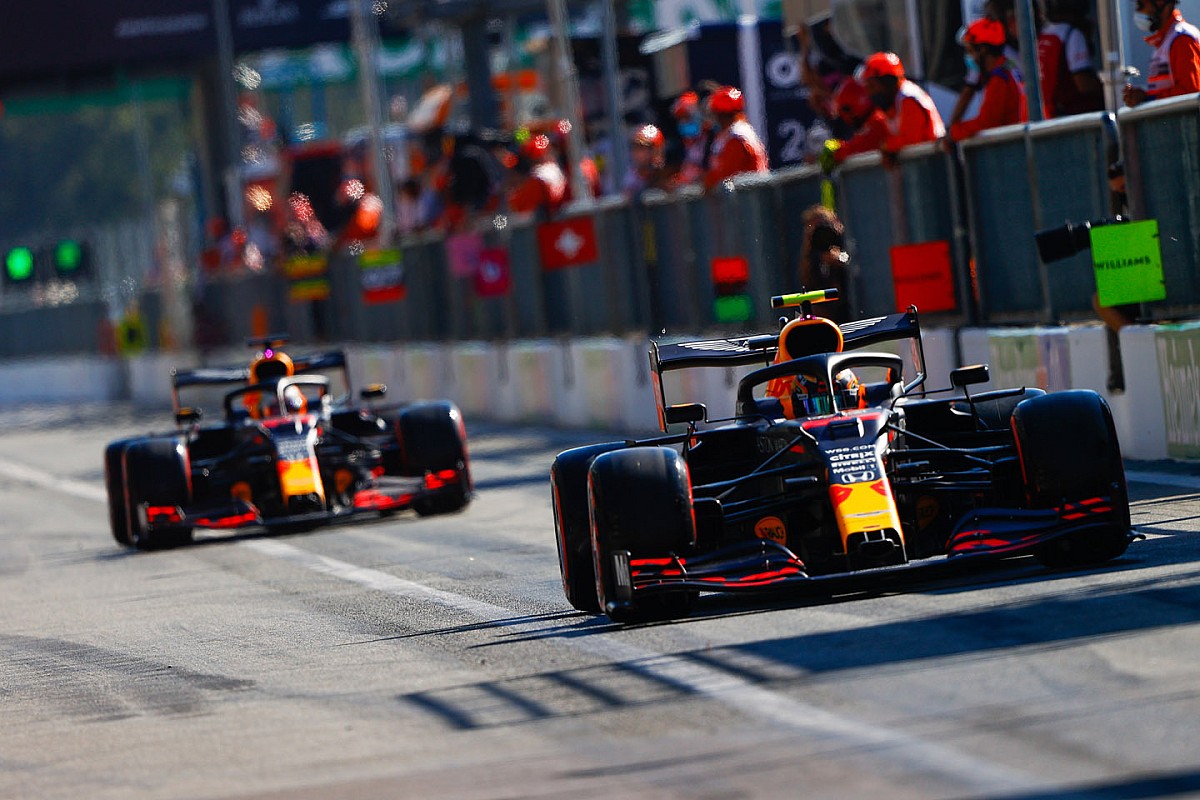 Alex Albon says there are benefits to having a super fast teammate like Max Verstappen, as he praised the Dutchman for not being ‘political.’

The Thai driver has had his work cut out getting on top of the tricky Red Bull RB16, and his job has not been made any easier by being up against the relentless pace and experience of Verstappen.

But while matching Verstappen’s speed is no easy feat, Albon has told Motorsport.com that he has found benefit from having such a good benchmark to learn from.

Asked if he felt having a teammate like Verstappen was a blessing or a pain, Albon said: “It is both because you're obviously against him as one of, if not, the quickest guy out on the track.

“He's on the limit, all the time. From FP1 to the race. So of course you're always going to have a tough time to be up against him.

“But at the same time, the way I see it is, is you've got pretty much the best data as well to look at.

“I am experienced, in the sense that I've done a year now, but in the global sense of it, I'm still learning and I'm still getting up to speed. So to be able to look over and see where Max is quick and how he gets his lap time, it's also very good as a racing driver to be able to see that and improve yourself on that.”

Albon said at a top level of motorsport like F1 there was no way he would expect Verstappen to actively help him. However, he does like the way the Dutchman handles himself with the team.

“Everyone at this kind of stage in motorsport, they keep it to themselves,” said Albon. “No one's going to be accommodating to each other.

“But at the same time he's definitely not hiding anything. There's no kind of political nature about him, not in the slightest. He's very open in how he speaks.

“We have similar feedback about the car, which is really important as well. It's an open book, so in our engineering meetings and everything I think it's good because we have our discussions. We speak openly about what we need in the car and it tends to go in the same direction. So it's nice in that sense. “

Ilott not on Haas shortlist for 2021 F1 seat