Jack Aitken says he is still in the dark about whether or not he will race for the Williams Formula 1 team in Abu Dhabi this weekend. 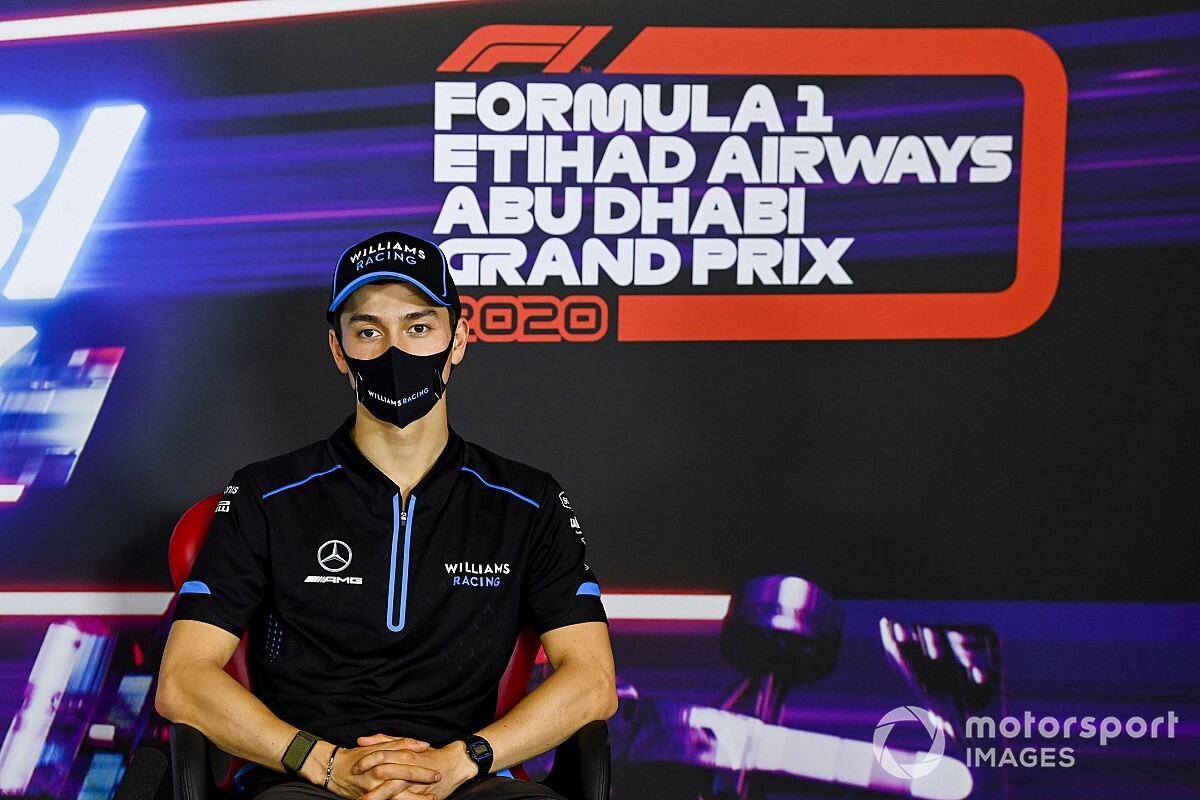 The Briton made his F1 debut for Williams at the Sakhir Grand Prix, after stepping up to replace George Russell, who had been loaned out to Mercedes.

But with a chance that Russell may not be needed at Mercedes this weekend, if Lewis Hamilton is clear of coronavirus, Aitken's situation is also up in the air.

Despite appearing as a Williams driver in the pre-event press conference on Thursday, Aitken said that no final decision had been taken.

"We don't know yet," he said. "I think it's up to Mercedes and obviously Lewis' recovery. I'm just waiting for confirmation either way.

"Obviously I would love to be back in the car because I think I've made some big steps and this weekend would be even stronger. But really I just have to wait and listen to see what the confirmation will be."

Aitken showed well in Sakhir last weekend despite a late race spin that brought out the safety car.

But, having got his first grand prix under his belt, Aitken says that he will be so much better prepared for another outing if he gets the chance again in Abu Dhabi.

"I think now that I'm a bit more up to speed with the car, and having gone through everything once, it's a little bit easier to focus on extracting that little bit of extra performance from myself and the car.

"I think it is still going to be about building up a bit of experience and confidence as we go. But we're in a much better position than we were a week ago. So, if I am in the car, I'm pretty confident we can do a good job and I think we're still pushing as a team for a points finish.

"It's not the strongest circuit for us in the whole year but that doesn't mean that we can't have a bit of luck on our side."

Asked if it was weird to be in limbo, he said: "It's not too weird. I'll be a bit disappointed if I don't get to drive after getting all hyped up and prepped for it, but equally there's no reason for me not to prepare. And in fact I should be as prepared as I possibly can be.

"I'm using today and yesterday, and all the time I have, to make sure I'm ready. So if I get the nod, we'll be in a good position."

Magnussen "at peace" if Abu Dhabi is final F1 weekend