Kerbs introduced as part of the update programme at the Yas Marina track have been modified overnight ahead of FP3 at Formula 1’s Abu Dhabi Grand Prix.

The exit kerbs at the two newly-reprofiled corners, Turns 5 and 9, have been changed following feedback from drivers, teams and tyre supplier Pirelli.

The sharp peaks of the second row of the double kerbs have now been rounded off at both corners, making them less aggressive.

The kerbs were discussed at Friday night’s FIA drivers’ briefing, with participants suggesting that they should be altered so that they could be used more.

Teams were more concerned about potential car damage in the wake of the incidents in Qatar, where many cars suffered over the course of the weekend, and Nikita Mazepin’s chassis was damaged beyond immediate repair.

Four drivers also suffered tyre failures in the Qatar race, which Pirelli later determined were a result of consistent kerb strikes as tyres wore down and became more vulnerable. 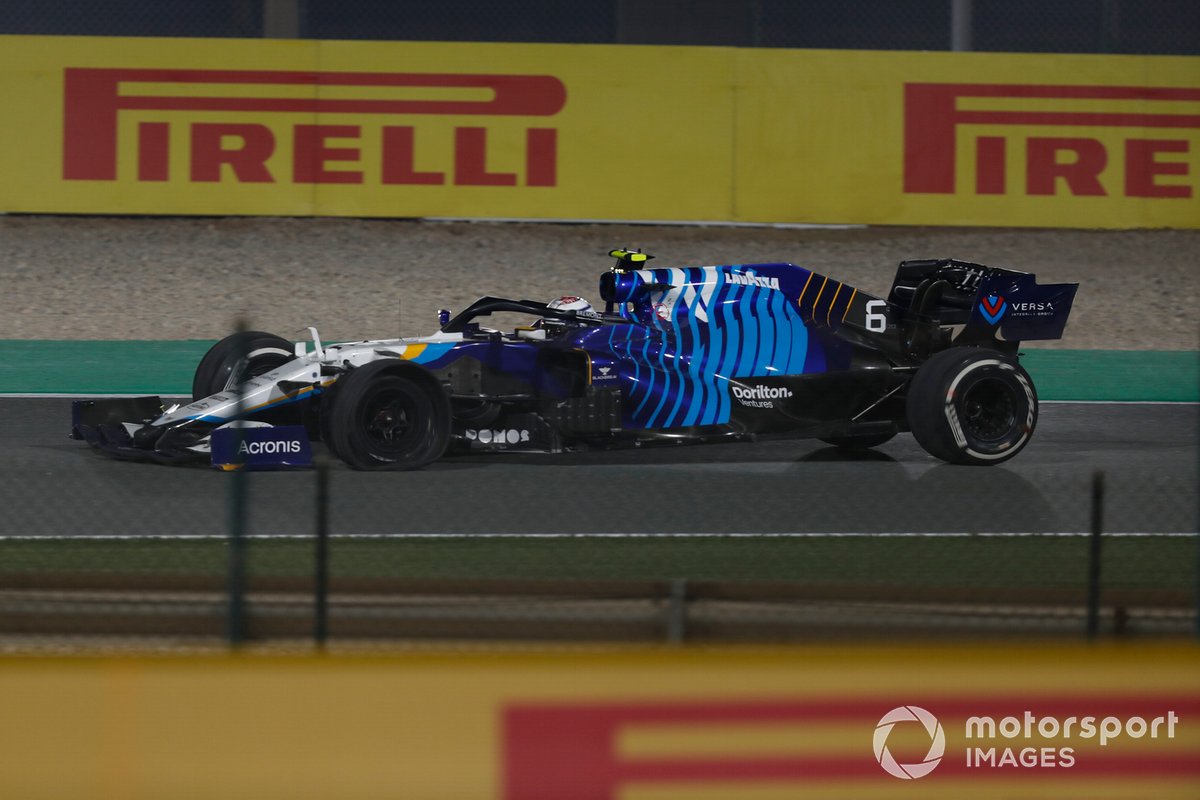 Nicholas Latifi, Williams FW43B, heads into retirement with a puncture in Qatar

"They are very similar [to Qatar], they are not exactly the same,” said Isola. “Especially they are quite aggressive at the exit of Turn 5 and Turn 9.

"The exit of Turn 16 is the same as the last year. So we have differences compared to this year, and they are more aggressive.

"There are also different kerbs on the apex of the corners, but obviously the apex is different. First of all, because you have the unloaded tyres on the car that are on the apex.

“And second because the drivers can manage not to run too much on the apex, while I am more worried about the exit kerbs, especially in Turns 5 and 9, that are the most aggressive.

"We saw from free practice both in F2 and F1 that they are running especially over the kerbs and the exit of Turn 9, that is also the turn with the highest speed.

“And I'm sure that in qualifying they will use the kerbs and maybe also during the race if they push during the races. So there is this element that we have to consider.”