Adrian Fernandez has corner named after him in Mexico City 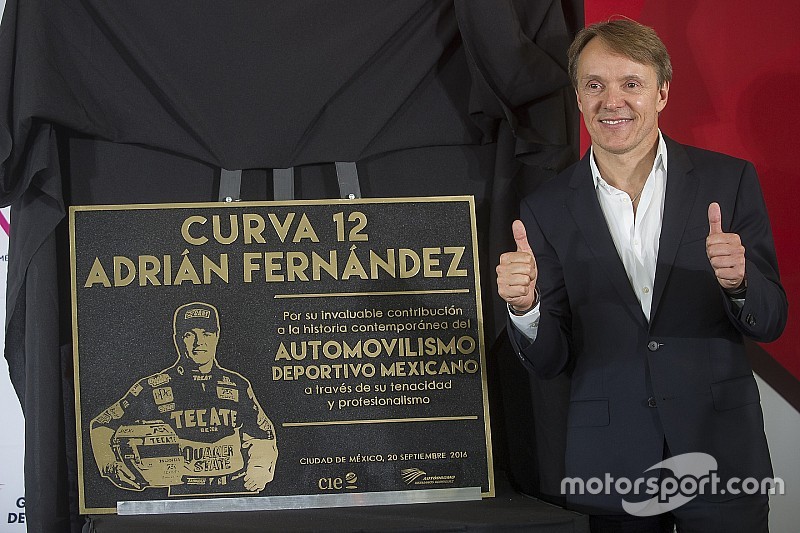 Mexican racing veteran Adrian Fernandez’s achievements have been recognised by the naming of Turn 12 of the Autodromo Hermanos Rodriguez in his honour in time for this year’s Mexican Grand Prix.

Fernandez, 53, was a longtime star of the IndyCar scene, finishing runner-up in the 2000 Champ Car series before ending his racing career, that spanned over 20 years, in sportscars – winning the 2009 American Le Mans Series LMP2 class.

His Fernandez Racing team also became synonymous with US racing since 2001.

Fernandez has been made an official ambassador of the 2016 Formula 1 race at the Mexico City course, which will be held October 28-30.

“It is a great honour to be named an official ambassador for the Mexican Grand Prix,” said Fernandez. “I am excited to be appointed as a spokesman for the pinnacle of motorsport after its historic return to our country.

“As a driver, I lived unforgettable moments at this track, which makes having a curve named after me an amazing feeling. It is something that anyone in my field would feel very privileged and happy about. I am very grateful.”

Turn 12 is the tricky right-hander that leads into the ‘baseball stadium’ section of the recently-revamped circuit.

Federico Gonzalez Compean, general director of the Mexican Grand Prix, added: “We cannot underestimate the importance of Adrian in the history of Mexican motorsports, our decision to appoint him as a friend and ambassador for our event was a very natural and easy one to make.

“We hope that this appointment reminds people of his career and accomplishments.”

Insight: Why is Apple being linked with F1 takeovers and what's up at McLaren?