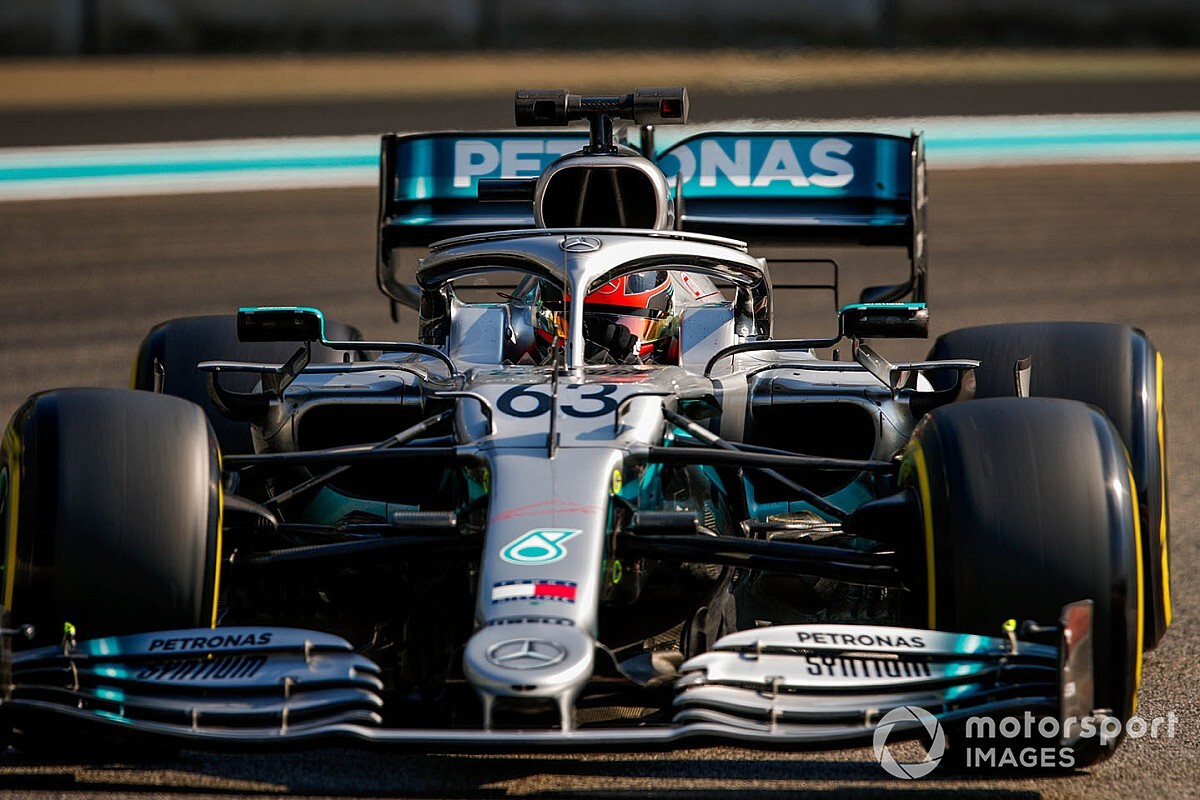 George Russell made the most of his latest Mercedes opportunity by topping the final day of Formula 1 post-season in Abu Dhabi, as Charles Leclerc crashed his Ferrari.

Williams race driver Russell took over the Mercedes from Valtteri Bottas for the second day of the Yas Marina test, and outpaced Leclerc by two tenths of a second.

The F1 rookie, who has been a Mercedes protege for several years, lapped a tenth slower than Bottas's Tuesday benchmark – but Mercedes had insisted during the grand prix weekend that Russell's latest test was not a direct comparison with Bottas, who is out of contract after 2020.

Russell's 1m37.204s, more than three seconds quicker than he had lapped on Tuesday in his 2019 Williams, was eight hundredths slower than Mercedes' multiple race winner Bottas.

Leclerc went backwards into the wall at Turn 14, after the chicane that follows the second back straight.

The late-afternoon incident caused a red flag and was more costly than teammate Sebastian Vettel's contact-induced spin on the first day of the test, as Leclerc did not take to the track again.

Despite ending an impressive first year at Ferrari with a crash, Leclerc remained in a positive mood.

"This was our last day of track activity and I believe it was a very useful one for us, in spite of the incident that forced us to stop earlier than planned," Leclerc said.

"We did a lot of tests to evaluate the 2020 tyres in comparison with this year's tyres and we have collected a lot of data that now needs to be analysed.

"Now we can relax a bit and even if I'll never forget my first season with Ferrari I know that soon I'll be raring to get back on track again."

Lance Stroll set the third-fastest time on Wednesday, recovering from a pitlane incident early in the day that was reportedly triggered by Carlos Sainz misjudging the width of his McLaren with aero rakes fitting.

Pierre Gasly was fourth for Toro Rosso and the last driver to lap within a second of Russell, with Sainz fifth.

Esteban Ocon's induction into the Renault F1 team continued with a much more productive second day in which the Frenchman completed 128 laps.

Ocon, who will rejoin the F1 grid next season with the French manufacturer, was sixth fastest on a 1m38.950s.

As well as the various race drivers in action, Pietro Fittipaldi reprised his Haas testing role and set the eighth-fastest time, 2.4s off the pace.

Sometime Formula 2 racer Roy Nissany returned for another half-day at Williams, completing just 38 laps and lapping 6.6s off the pace.

Leclerc would welcome Hamilton at Ferrari

Red Bull has faith in FIA over F1 engine policing