A strong qualifying session for Williams at Suzuka 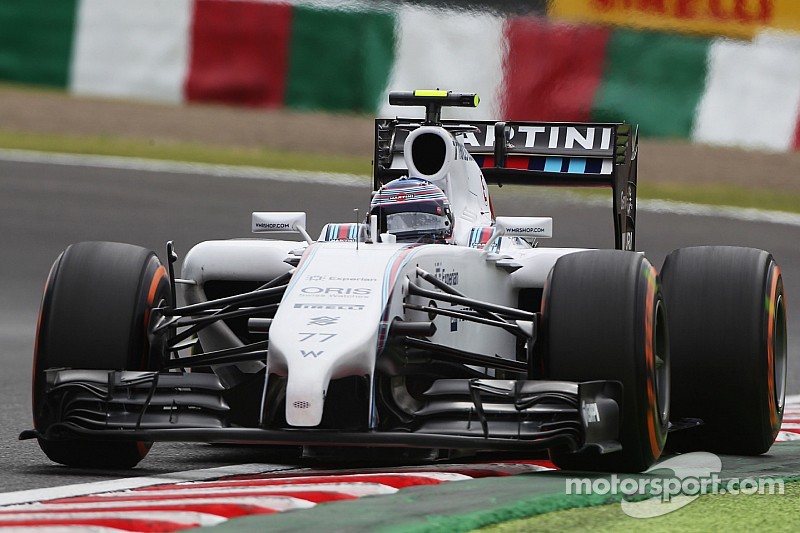 Bottas qualified third for the sixth time this season with Felipe Massa fourth.

Valtteri and Felipe were third and fourth throughout all three sessions, closing the gap to the Mercedes pair ahead.

Rob Smedley, Head of Performance Engineering: Today has been a really good day’s work. The team have all worked very hard and the drivers have delivered on the track. The new aero package has worked well so that was the first step completed. We are in the positions we hoped for and we are confident going into tomorrow that we have a car to retain third and fourth. The rain could make for an interesting day tomorrow, but for that reason it is even more important that we have qualified at the front as being further behind is really difficult in the wet.

Valtteri Bottas: The goal was to be third and fourth behind the Mercedes so it’s good to have accomplished that. The gap to the top two was actually closer than we had expected so it’s positive to have closed that. Suzuka isn’t an easy circuit, and the chance of a typhoon tomorrow makes it even harder. I think we still have a chance to get a podium position regardless of the weather.

Felipe Massa: Luckily all the issues from yesterday were sorted today. It was a positive qualifying session for the team with both cars on the second row. I didn’t quite have enough for third today, but I know we have good pace in the car and I’m happy. We must concentrate on the job we have to do tomorrow regardless of what the weather is.