Sun-kissed and offering wide-open views across the circuit and the beautiful southern France landscape, historic Paul Ricard is one of the most exciting and evocative venues on the Formula 1 calendar. Motorsport Tickets reveals the best places to watch the French Grand Prix.

Younger fans might think of Paul Ricard as a newcomer to Formula 1 but this circuit simply oozes history from its previous tenure as home of the French Grand Prix between 1970 and 1990. Sitting on a plateau high above the Mediterranean coast, it offers a typically southern French vista of big skies and distant mountains and is synonymous with F1’s gilded era of fat tyres and opposite lock.

Stop by the Hotel-Hostellerie Berard in nearby La Cadiere d’Azur and you’ll find pictures of the likes of Graham Hill and Colin Chapman lining the wall of the bar, along with a piano whose ivories were once tickled by Elio de Angelis.

Paul Ricard was rebuilt as a high-tech test track at the turn of the century with distinctive wide, striped run-off areas that offer a panoramic view from the new grandstands. Not only will you have plenty to do, courtesy of the off-track entertainment, you’ll also have plenty to see. This isn’t one of those tracks where your seat only overlooks one corner and a bit of straight… 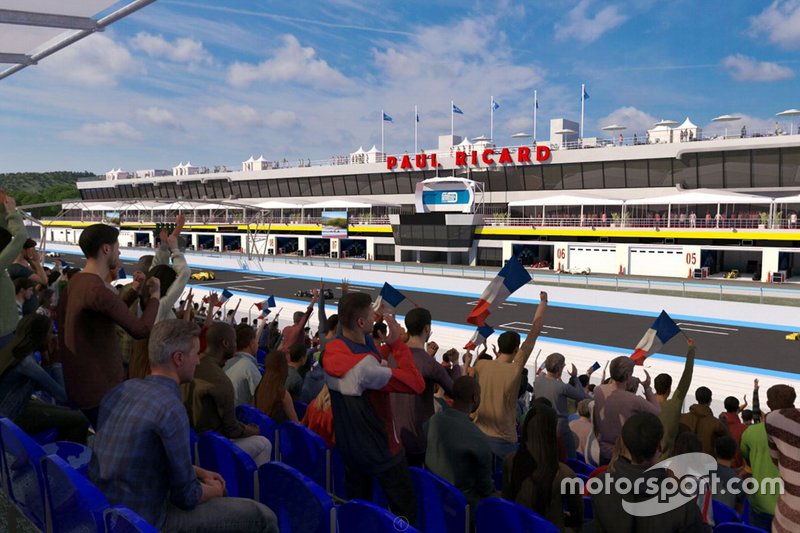 Where the action begins and ends. The moments before the start of a grand prix are ripe with anticipation: the smell of hot brakes and rubber as the cars line up on the grid, the shriek of engines bouncing off the rev limiter, that brief moment as all eyes fix on the start lights - and then the roar as the cars burst forwards like a synchronised missile release. Few things in sport can match an F1 start for sheer spectacle and Paul Ricard’s main grandstand puts you right on top of this key moment in the race.

This grandstand also gives a view of every pitstop – moments of high drama where races can be won and lost – as well as the straight itself, where the car rip by at over 180mph and line up daring overtaking moves into the first corner, also within the field of view. 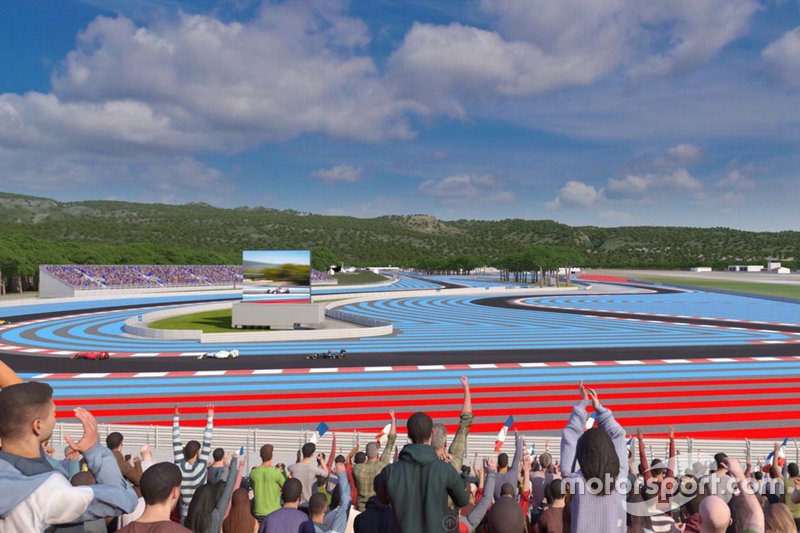 This cluster of grandstands overlooking Turns 3, 4, 5, 6 and 7 will give you a close-up look at how F1 drivers string together a quick lap time. While this was the location of what’s probably the fastest accident of all time – Alexander Wurz’s testing shunt when one of his McLaren’s tyres was accidentally fitted backwards – these corners are mostly at the more challening end of the spectrum and are tests of skill rather than outright bravery.

That can all change during the race, though, as the drivers are tempted by the wide run-off areas to exceed their limits while battling wheel-to-wheel. It’s here where home heroes Pierre Gasly and Esteban Ocon ruled themselves out on the first lap last year as the leading group got their elbows out heading into Turn 3.

Turn 7 is another action area because it leads on to the Mistral Straight, tempting drivers who want to make a fast exit to be too greedy on the way in – making it a hotspot for spins in qualifying and the race. 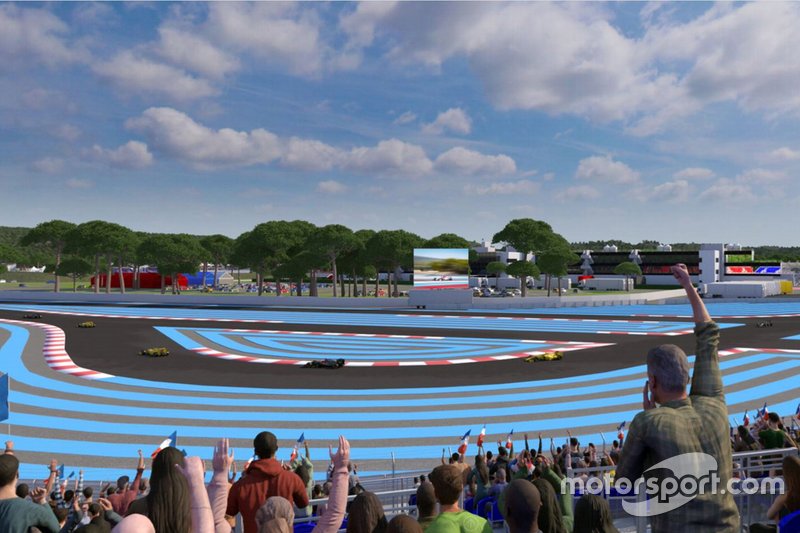 Augmented at the request of Toyota, which spent a full year testing here ahead of its F1 debut in 2002, the chicane provides a major overtaking point since modern F1 cars hit over 190mph on the run-up to it before the drivers have to hit the anchors.

This grandstand saw plenty of the action during last year’s French Grand Prix as Sebastian Vettel launched pass after pass into the chicane to snatch fifth place after crashing on the first lap. Daniel Ricciardo, one of F1’s sharpest operators on the brakes, was busy here too… 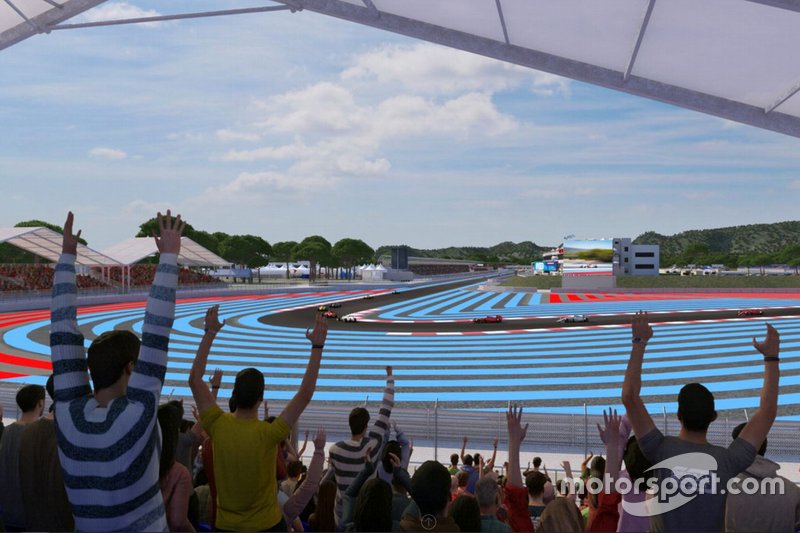 Overlooking the most technical corner on the track, this grandstand is a photographer’s delight. The nature of the approach – a long, medium-speed right-hand corner that blends into a slightly slower left-hander, then comes almost to a full stop with this second-gear right-hander – makes this a focal point of the on-track action. It’s technical, it breaks up the drivers’ flow, and it provokes them to make mistakes.

While the F1 drivers might keep their noses clean here, during the support races this is a hotspot for lock-ups, spins, accidental nudges an all-out contact. 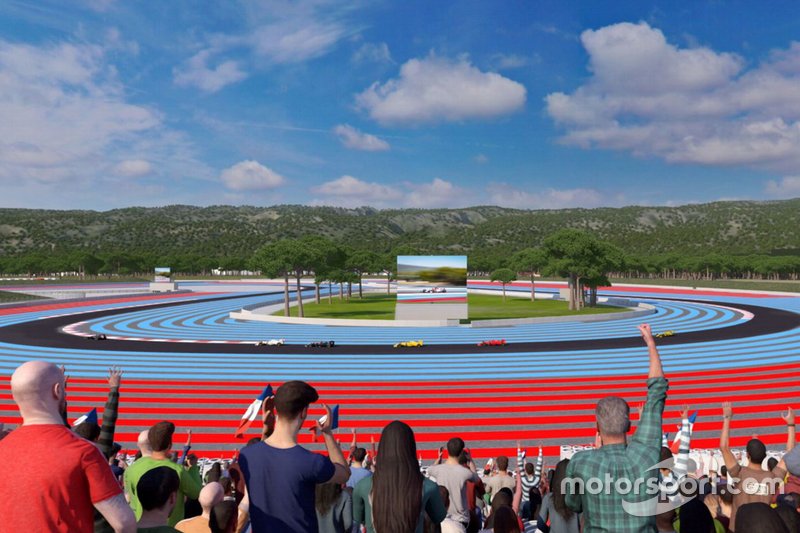 This is where you’ll see Formula 1 cars right on the edge of their performance envelopes, and drivers at the limit of their skills, arriving at Signes at 205mph or more and not even touching the brakes as they sweep to the right. Le Beausset itself is a tightening double-right-hander that serves as the gateway to the most technical section of the track, and it’s pure hell if you’re driving an unbalanced car or one that’s skittering about on worn-out rubber.

With barely a dab on the brakes, this section is all about feel and finesse. It’s where you’ll see the drivers most in tune with their machinery excel and the ones who are struggling look like easy meat - as Sebastian Vettel demonstrated when he swept around Nico Hulkenberg’s Renault here in last year’s grand prix.