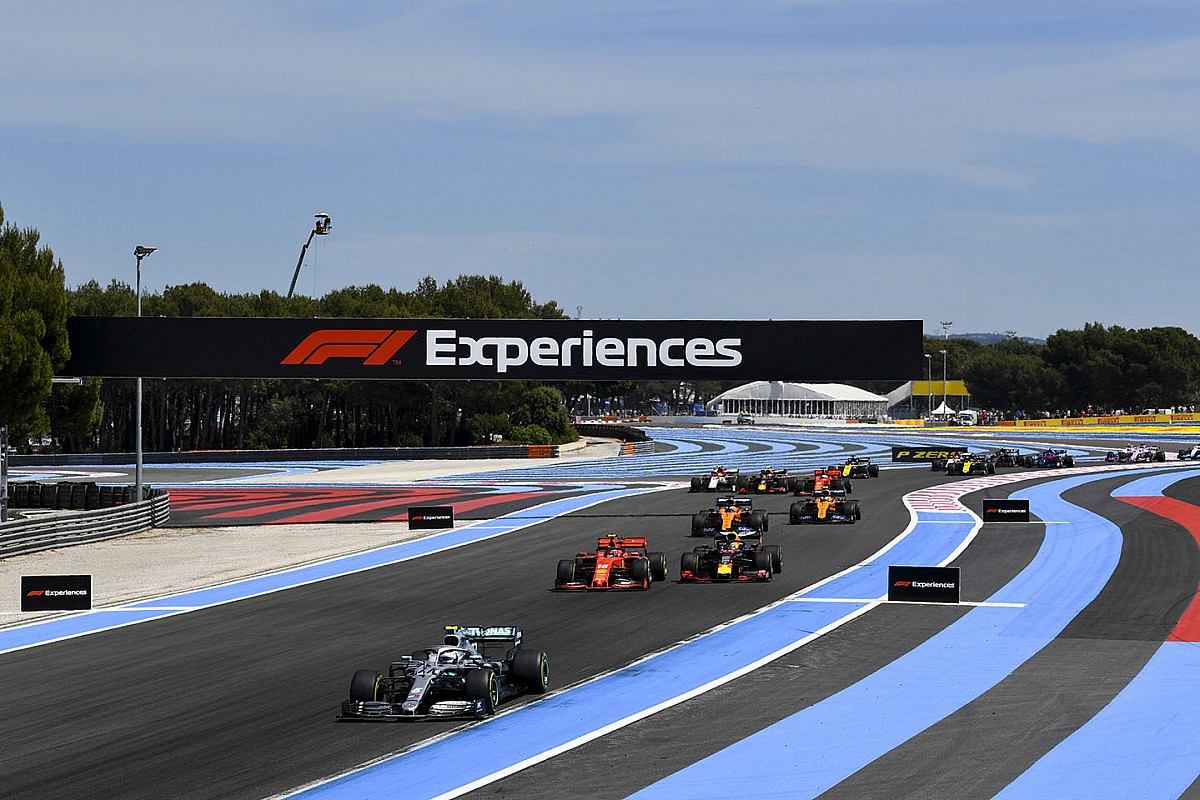 Formula 1 has announced the French Grand Prix at Paul Ricard has been cancelled, pushing the earliest possible start of the new season into July.

The French government announced earlier this month it would be extending existing lockdown measures for an additional month in the bid to combat the spread of COVID-19.

French president Emmanuel Macron also confirmed the ban on public gatherings would remain until "mid-July", ending chances of the grand prix scheduled for 28 June at Paul Ricard going ahead as planned.

Organisers confirmed in a statement on Monday that the French Grand Prix has officially been cancelled.

The race joins the Monaco Grand Prix as the only other F1 event to have been cancelled outright so far this year.

"We regret to inform you that we take note of the impossibility to maintain the 2020 Grand Prix de France. We will have to wait until next year to live the #SummerRace, all together," they said.

"The health and safety of its spectators, its partners and all those involved in Formula 1 is a priority. The GIP Grand Prix de France - Le Castellet supports the decisions taken by the French Government.

"The Formula 1 Grand Prix de France would like to thank its clients, all the administrators of its GIP, the Circuit Paul Ricard, all its partners and the companies accompanying it in the organisation of this event."

It means the Austrian Grand Prix on 5 July is now the earliest race yet to be called off.

French GP managing director Eric Boullier added: "Given the evolution of the situation linked to the spread of the Covid-19 virus, the French Grand Prix takes note of the decisions announced by the French State making it impossible to maintain our event.

"The eyes of the GIP Grand Prix de France - Le Castellet are already turning towards the summer of 2021 in order to offer our spectators an even more original event in the heart of the Southern Region."

Officials at Silverstone have also confirmed their race will take place behind closed doors if it does go ahead.

A heavily-revised schedule is anticipated once the pandemic allows for racing to resume, including two-day race weekends, a series of triple-header events, and an extension into 2021.

Races in Australia, Bahrain, China, Vietnam, the Netherlands, Spain, Azerbaijan and Canada have been postponed or cancelled along with France.

A minimum of eight races on three continents are required for the F1 season to count as a world championship.