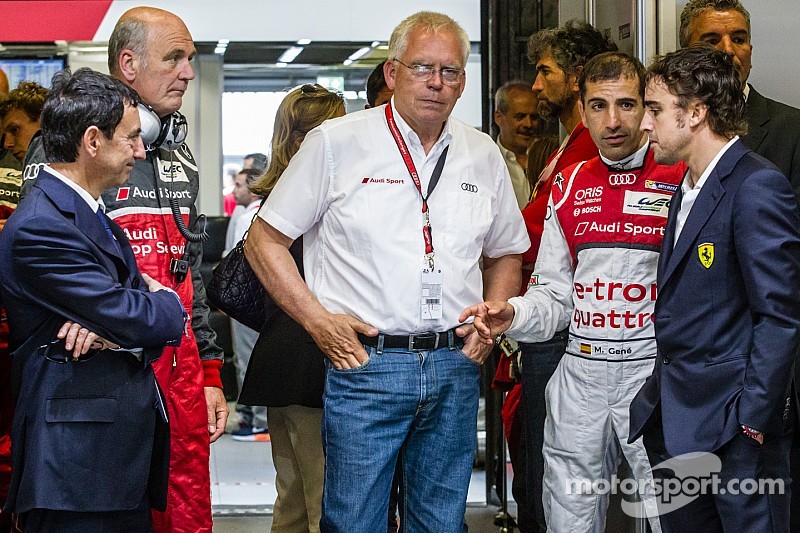 Insiders at Audi have stated that the marque may ditch endurance racing and join the ranks of Formula One.

According to Auto Express, the Formula One Silly Season just got a lot more interesting. Audi, which has enjoyed a stranglehold on Le Mans for nearly 15 years, may be abandoning their successful endurance racing and touring car programs in favor of Formula One.

That is the claim of unnamed insiders at Audi and its parent company, the Volkswagen Group. There has been a lot of pressure from Volkswagen for Audi to pull out of the WEC, stepping aside for their cousins at Porsche. They will unite their WEC and DTM budgets, and they may also have support from Red Bull to assist them in their new venture, according to the report.

Prior to World War II, Audi, or what was then known as 'Auto Union,' took part in Grand Prix racing, winning the 1936 European Championship.

They have never competed in the FIA Formula One World Championship though, which held its first season in 1950.

The rumors don't stop there. It is believed that they have been in talks with two-time Formula One World Champion Fernando Alonso. That news jells well with everything we've been hearing thus far. The McLaren deal is at a stand-still because Alonso is apparently keen on a one-year contract. We then learned that he may be joining Audi at Le Mans in 2015 before making his F1 return with an unspecified team come 2016.

Also, in the midst of an potential racing lull, the Spaniard seems unusually confident.

Let us not forget that Audi recently hired former Ferrari Formula One team principal Stefano Domenicali, who has no experience in Le Mans-level sports car racing.

Audi in Formula One would also reignite a 75-year-old rivalry with fellow German automobile giant Mercedes, which is currently doing in Formula One what Audi has been doing at Le Mans for some time now ... Dominating.

Could we be in for a clash of the titans in 2016? Audi joining F1 has been anticipated almost as much as the incessant pleas that Ferrari would develop a new LMP1 program.