Veloce has readily altered its male-female driver pairing during the debut season of the all-electric SUV off-road racing championship in which it finished seventh of the nine teams.

The crash-prone Stephane Sarrazin was replaced by cross-country racer Lance Woolridge for the finale in Dorset, while Emma Gilmour twice subbed for Chadwick as she contested W Series.

With Gilmour now the first female factory driver in McLaren Racing’s history after joining its Extreme E team for 2022, Giampaoli Zonca has been signed to replace Chadwick at Veloce.

“Together with the team, I think we can achieve great things and we’ll definitely be targeting podiums and more!”

Giampaoli Zonca had been part of the Xite Energy Racing outfit, which ran in conjunction with Hispano Suiza, during 2021 and finished bottom alongside team-mate Oliver Bennett.

But Xite Energy Racing will quit the series as an overall sponsor and co-team backer.

Motorsport.com understands this has been led by Xite co-founder Bennett’s dissatisfaction with the unreliability of the Odyssey 21 E-SUV.

But equally, some members of the paddock have questioned the professionalism of the Xite setup.

That has left Giampaoli Zonca caught in the crossfire. 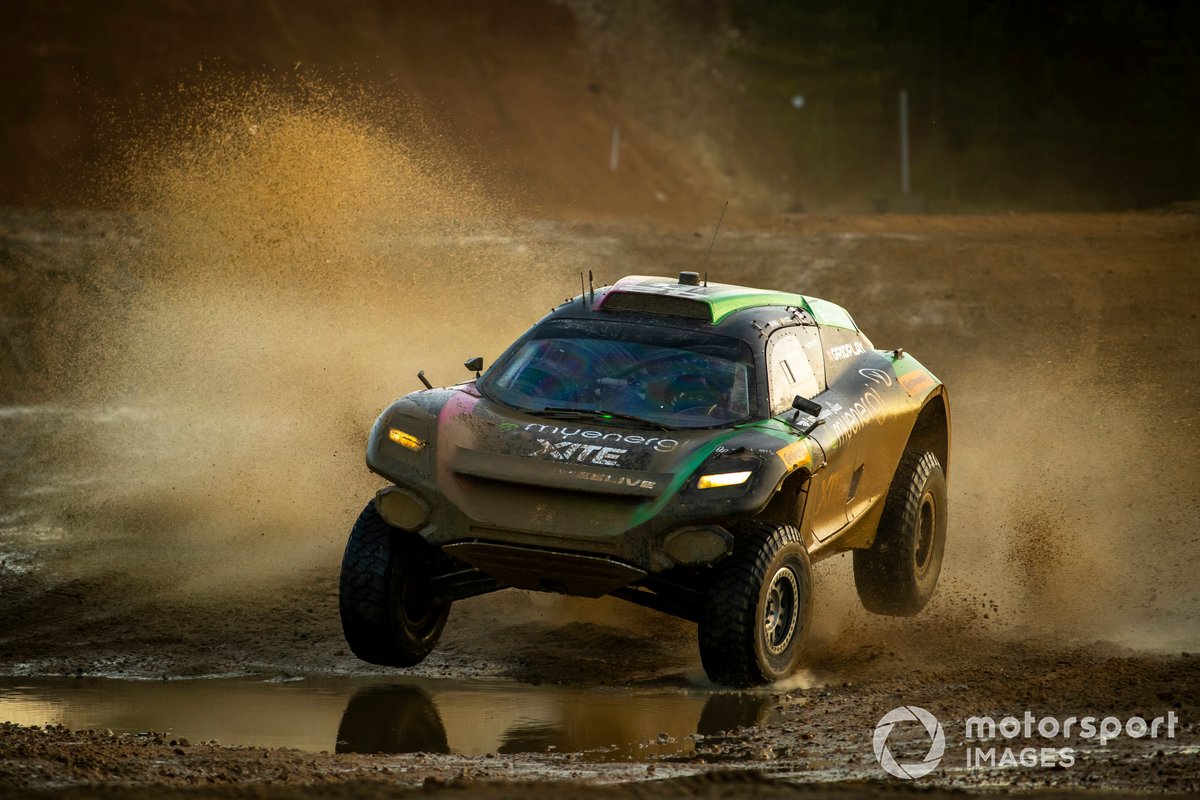 The Italian-Canarian was quicker than Bennett as the season wore on and she is well-liked by the series and her competitors.

Giampaoli Zonca only narrowly missed out on the Andretti United seat alongside 2019 World Rallycross champion Timmy Hansen for the inaugural Extreme E season.

But she will now switch to the ART Grand Prix-led Veloce Racing team alongside a male driver that is “yet to be announced”. However, Woolridge impressed in Dorset, which was effectively a front-line trial.

Veloce team principal Rupert Svendsen-Cook added: “With a very short break between season one and two, we’ve not backed off to ensure we kick off 2022 on the right foot and Christine GZ stood out as a driver above all others, who with very limited mileage, made very impressive as well as rapid progress in 2021.

“For us, Christine’s talent is certain, and we’re committed to maximising her potential through further development to ensure we capitalise on that for our shared success.”

While Extreme E co-founder Alejandro Agag has told Motorsport.com that another team is close to signing up for 2022, there are questions about the future of the Hispano Suiza entry now it has lost the backing of Xite.

While Chadwick is yet to announce her motorsport programme for the coming season, the Brit will not return to W Series - where she was also run by Veloce Racing on her way to becoming a double champion.

Chadwick has long ties to the Veloce group, having been represented by its management team before it moved into overseeing a race team.

Chadwick to remain with Williams F1 academy in 2023