Chancellor Rishi Sunak has announced a £1 million investment in the Scottish bid to host an Extreme E round in 2022, despite the UK not featuring on the provisional calendar.

No fewer than 12 countries made it onto the planned five-round schedule for Extreme E’s second season that was released last month, a plot that Motorsport.com understands is intended to drive competition and increase host fees to attract the highest bidders.

However, despite the Outer Hebrides appearing on the championship’s shortlist to replace the cancelled Brazil and Argentina rounds in 2021, the final slot was eventually awarded to the Bovington military base in Dorset for what will become known as the Jurassic X-Prix.

Although the Outer Hebrides has initially been overlooked on both occasions, the UK government has today announced a £1m investment in the Extreme E event as part of Conservative chancellor Sunak’s post-COVID budget plan.

The announcement that was made in the House of Commons, according to an Extreme E statement, follows “productive discussions with the UK government, the Comhairle nan Eilean Siar [Western Isles council] and other key stakeholders over several months”.

Extreme E co-founder Alejandro Agag said: “We are thrilled with this investment and to be exploring racing in Scotland in 2022.

“It is a fitting location off the back of COP26, which will be held in Glasgow imminently, and will allow the conversation on electric mobility and the climate emergency to continue further, inspiring action and highlighting various solutions and mitigation strategies.

“We look forward to continuing to work with the UK Government, the Comhairle nan Eilean Siar and other key stakeholders as we continue discussions for a Scottish event.” 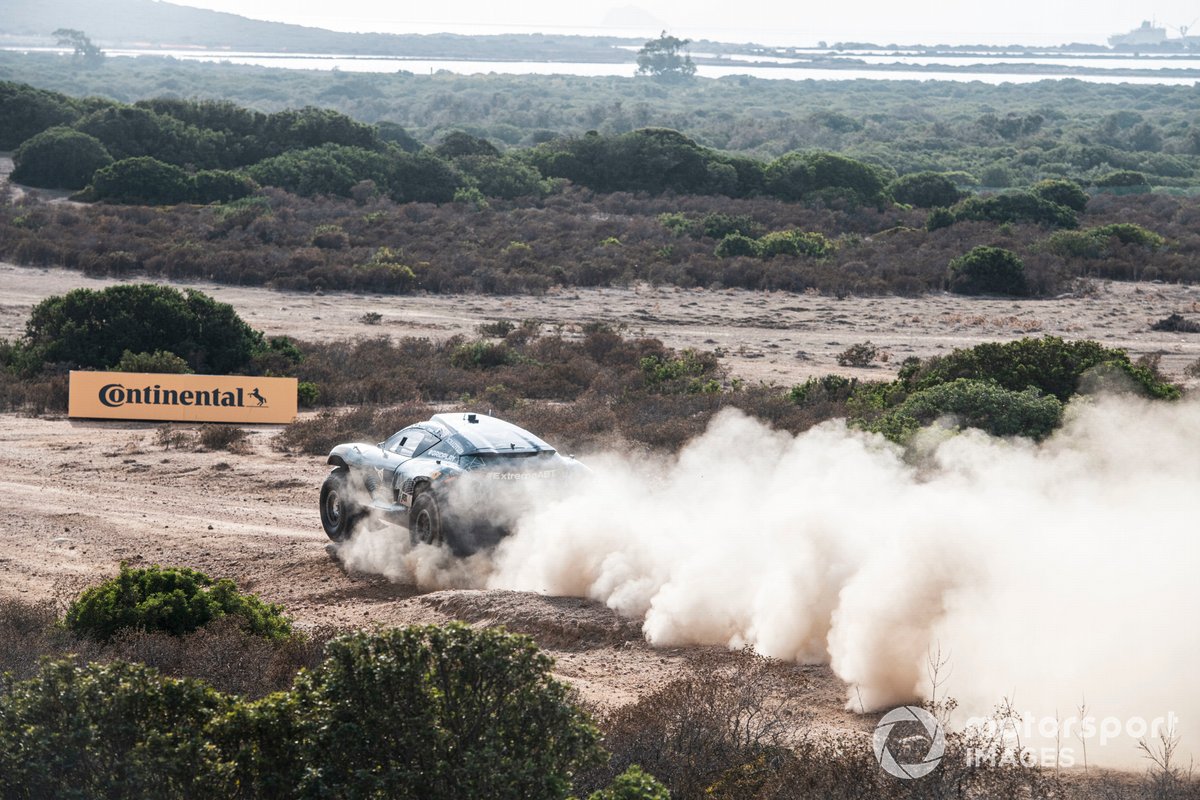 Agag has told Motorsport.com of his intention to retain a European round on future calendars following the Island X-Prix event in Sardinia last weekend, with its location allowing for increased media and VIP guest appearances.

This announcement comes in the week that the United Nations Climate Change Conference [COP26] will commence in Glasgow, with Extreme E expected to have a presence via Agag’s virtual attendance and a team launch.

COP26 was also used as the basis for Prince William to test drive an Odyssey 21 E-SUV at Knockhill earlier this year.

“This is extremely good news for our communities as we seek to position ourselves as Low Carbon islands.

“COP26 in Glasgow will soon set the global decarbonisation agenda and, as host for the Scottish round of Zero Carbon race series, Extreme E, the Outer Hebrides will again be punching above its weight in climate terms.

“It is particularly fitting that an island group on the Atlantic frontier with the most to lose from Climate Change in terms of extreme weather events and rising sea levels has been selected to host this race and Extreme E principles fit well with our aspirations to rapidly decarbonise our island society and economy.

“One of these principles is the ‘race without a trace’ concept and we will now work closely with Extreme E, environmental agencies and the community at the race location to ensure only positive impacts for the community and the planet and we will ensure that the legacy benefits of this event spread to other island communities from the Butt to Barra.”