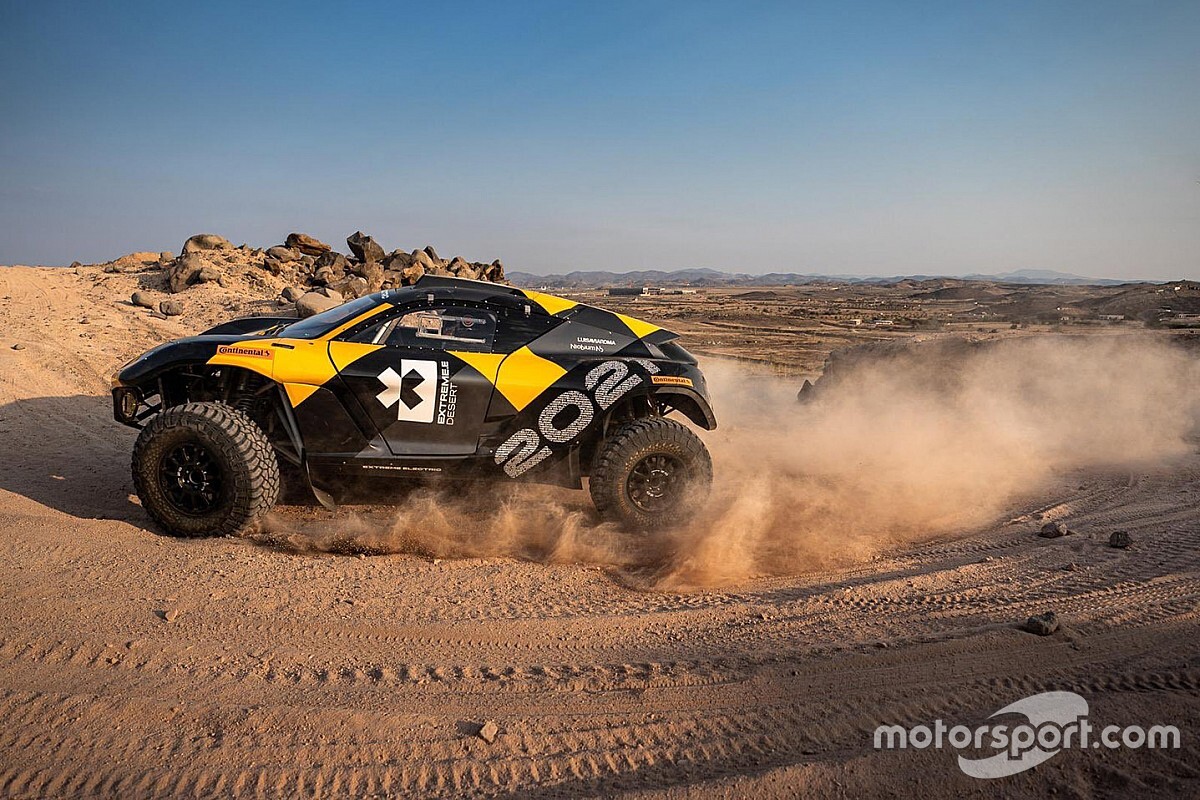 Teams contesting the Extreme E all-electric off-road racing series will be required to field both a male and female driver in a two-person line-up to promote gender equality.

The regulation is thought to be a first for an international motorsport championship.

Five events are planned for the inaugural XE season – set to kick off in January – and each will comprise two 6.2-mile (10km) laps.

Teams will be made up of an interchangeable driver and co-driver pairing who will swap after a lap each in a changeover “incorporated into the race format”.

XE founder and CEO Alejandro Agag said: “We are ensuring with our sporting format that drivers of all backgrounds will be able to compete with the same tools at their disposal at every event on the calendar.

“We are striving for equality, and this sporting format is the truest reflection of that goal.

“Everybody will race together and the most effective combination of drivers, team, engineer and car will rise to the top.”

Swedish touring car driver Mikaela Ahlin-Kottulinsky is also involved, and as test driver for XE tyre supplier Continental, she is the only female to have driven the 550bhp ODYSSEY 21 to date.

Michele Mouton, the president of the FIA Women in Motorsport Commission, said: “This is a great opportunity for women and men to team up, compete together and against each other with the same material.

“Alejandro [Agag] and his team continue to really support gender equality in our sport with concrete actions that help highlight the ability of female racers and give them a chance.

“It will be interesting to see the team line-ups as they are announced and I look forward to following season one when it starts early next year.”

Legge added: “Hearing the format was like waking up on Christmas morning. It is a giant step in the right direction for motorsport as a whole. I have been looking forward to something like this my entire racing career!

“Formula E and now Extreme E, are at forefront of breaking boundaries in technology, sustainability, and climate change, and now Extreme E will challenge perceptions with gender equality too.”

Agag had aimed for 12 teams to contest the inaugural XE season, but earlier this month he dialled back that target to eight.