The return of Jutta Kleinschmidt was one of the major talking points of the Senegal Extreme E event, as the 2001 Dakar Rally winner replaced Claudia Hurtgen at Abt CUPRA.

The 58-year-old Kleinschmidt made off-road racing history when she triumphed on the Dakar 20 years ago, alongside Andreas Schulz. The first and to-date only female winner of the world's toughest rally continued to compete until 2007, but in 2016 she came close to completing her comeback as part of MINI's zebra buggy project.

Until last weekend, Kleinschmidt had not been back in a car in international competition, but that all changed on the shores of Senegal's Lac Rose. The German is one of the two reserves in Extreme E, the new all-electric SUV championship created by Alejandro Agag, which requires each of the nine teams to have one female and one male driver.

The stomach virus that struck CUPRA's Hurtgen during Friday's shakedown and free practice opened up an unexpected opportunity. Kleinschmidt did not hesitate to put on her racing suit and put herself at the service of the Spanish sports brand, the first to commit to the off-road series.

On entering the team tent – which aims to convey CUPRA's excellence in competition – her first words were: "I'm ready, show me the data and the telemetry". An engineer by degree, Kleinschmidt devoted her full attention to studying the CUPRA team's Odyssey 21, which as with all cars in Extreme E can only be adapted with limited set-up alterations.

In her first competitive session, she surprised everyone by setting the best first and third fastest times of the second drivers in Qualifying 1. Together with the good work of teammate Mattias Ekstrom, that put CUPRA in Semi-Final 1 for the three fastest teams across Saturday’s two qualifying sessions.

Kleinschmidt barely had time to do anything other than review data with the engineers, find her best seating position and rehearse the driver change, one of the keys to this new championship. 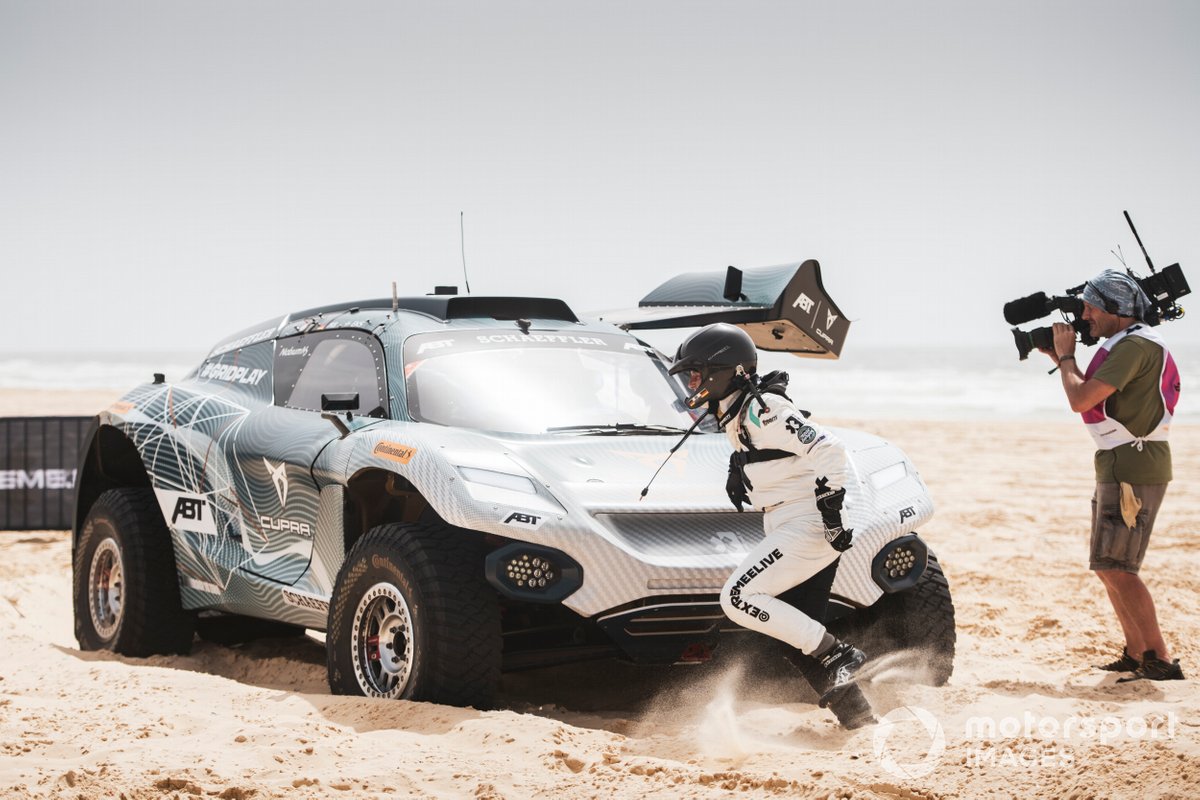 She and Ekstrom took advantage of every free moment between sessions to rehearse getting in and out of the car, improving at every attempt to stay within the 45 seconds stipulated by the regulations.

That Kleinschmidt’s return to competition came just a short blast away from the mythical finish line that the Dakar Rally used when it was still based in Africa, only made the experience more special.

"It was fantastic, you can imagine,” she told Motorsport.com. “I'm here in this place which is very, very special to me, because about a hundred metres from here is where I won my Dakar in 2001. So to have the opportunity to come back to compete in an international championship like this, with new technologies, an electric car and with all these stars is just amazing.

"I was super, super nervous before I got into the car in Qualifying 1, because I hadn't been able to test it before. To get in and just go straight to the max in qualifying made me really nervous. But it was super fun to be back in a context like that again.

"It's amazing to see Rose Lake again, because it makes me remember how I felt that afternoon, even though it's been a long time. It was a key moment in my life, it changed my life because it opened doors for me and now I'm working for the FIA in the Cross-Country Commission. It's a fantastic thing". 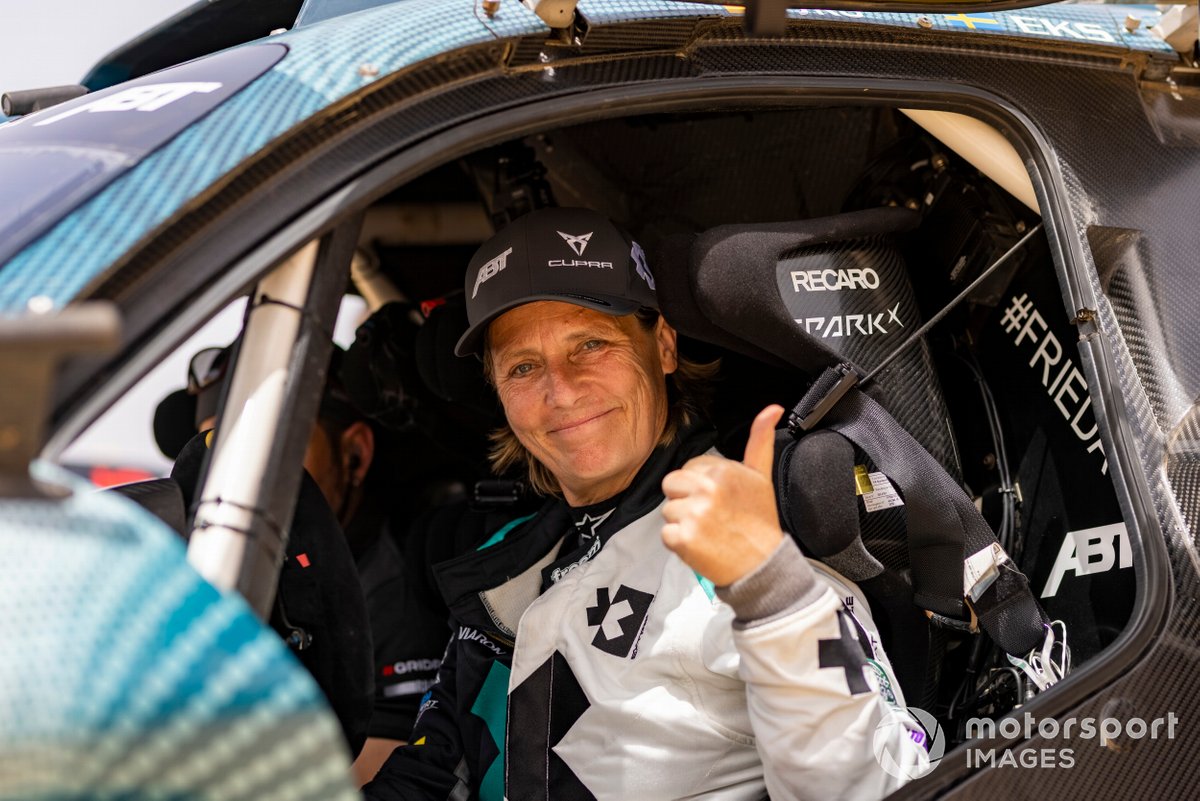 Extreme E has been keen to pursue diversity by requiring one female and one male driver in each team and Kleinschmidt is clear that this is approach is the way forward.

"It's a great opportunity to be part of this competition because it offers new technology, it offers a good message for the environment, it's a great testing ground for manufacturers,” she said.

“Also, each team is made up of a woman and a man, which is great and gives them a unique visibility. All the girls come from different championships and it's great that they can use the experience here to further grow their racing careers."

The dream comeback ended with a third-place finish in Semi-Final 1, after a radio problem caused Kleinschmidt to lose all the lead built up by Ekstrom on the first lap. 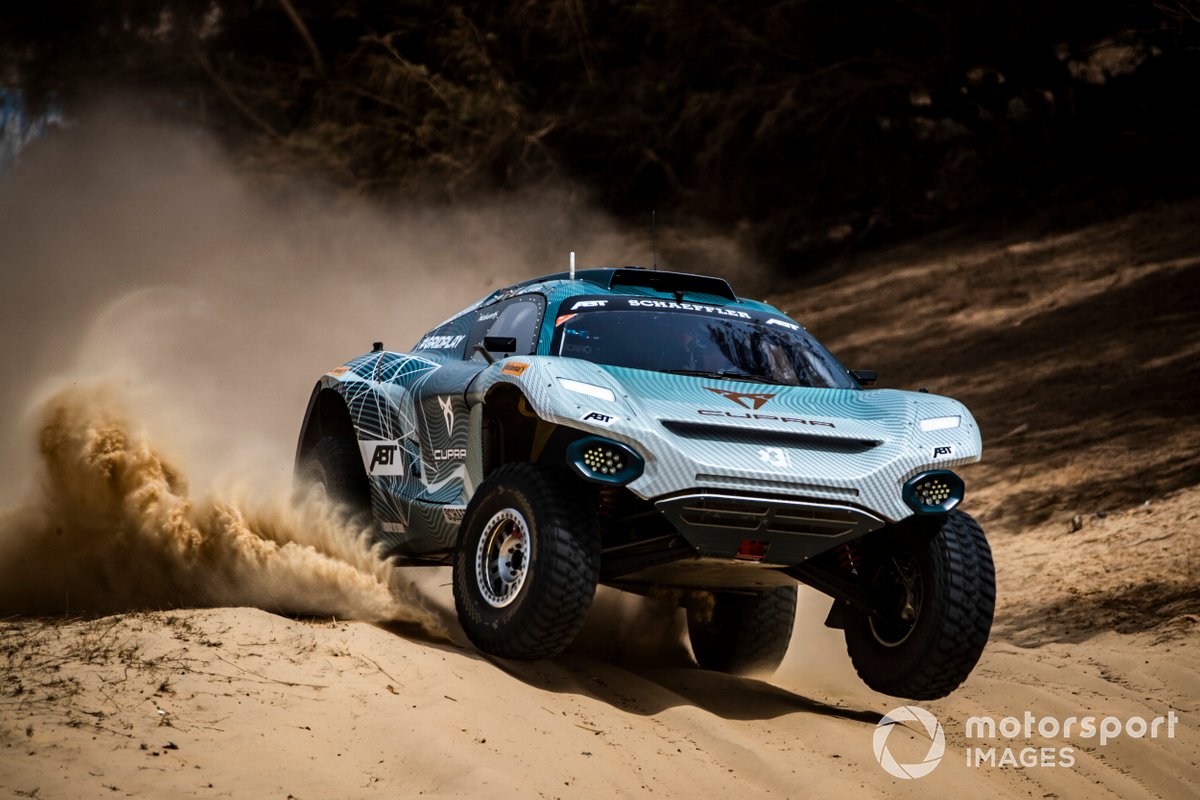