The fourth round of the Odyssey 21 electric SUV series will be in Italy on 23 and 24 October in Sardinia. In addition to being a technical partner for charging cars, Enel X is also a sponsor of the Italian flag event.

Sardinia will host the fourth round of the Extreme E championship, the penultimate event in the series for the Odyssey 21 electric SUVs will take place on October 23rd and 24th at Capo Teulada.

The location chosen for the Island X Prix is unusual: the training area of the Italian Army in the southwest of Sardinia. A territory characterized by ideal routes for an off-road competition that has been made possible thanks to Automobile Club d'Italia, Regione Sardegna, the Ministry of Defense, and the Italian Army.

Extreme E lands in Italy, home to Enel X, its official partner, and supplier of smart charging solutions at the Odyssey 21. Enel global business line is also the Title Sponsor of the Sardinian round, which for this occasion has been renamed Enel X Island X Prix. There are obviously different reasons why Alejandro Agag, creator of Formula E and promoter of Extreme E, chose Sardinia.

“Extreme E was born to raise awareness about the problems of climate change and to show the performance and advantages of low carbon vehicles,” he said. “Crisis does not affect remote locations only. It is becoming more and more evident everywhere, across North America and here in Europe, with rising temperatures, heatwaves, and wildfires." 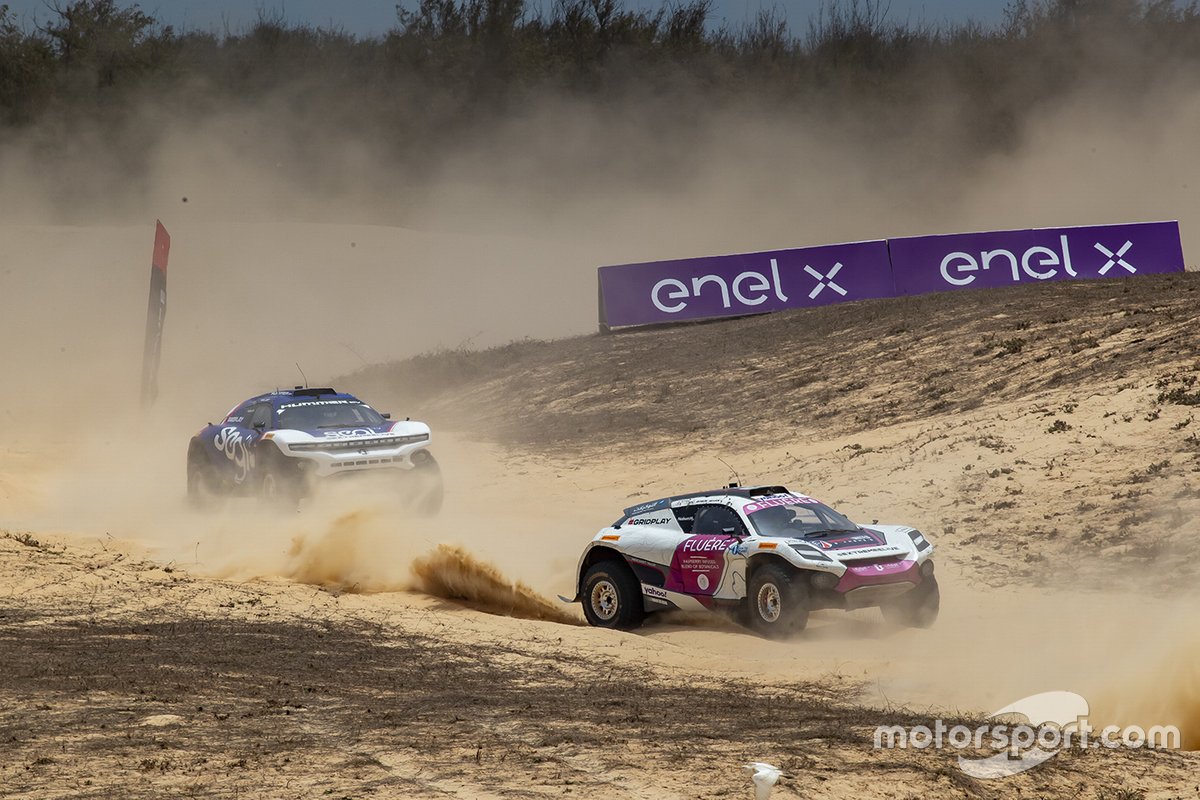 Extreme E runs in Sardinia on 23 and 24 October

The German driver Timo Scheider and Tiziano Siviero, Miki Biasion's former co-driver with whom he won two World Rally Championships, laid out the challenging route in Teulada. Along the seven kilometers, crews will have to overcome the harshness of a very tough terrain made of rocks, bushes, and riverbeds dried up by the heat. In short, a completely different landscape from the one faced in the previous rounds. Drivers will have the opportunity to choose different tracks, not being obliged to follow a single trajectory.

Sardinia is the latest round after the series’ debut race held in the Saudi Arabian desert in April, followed by the events in Senegal and Greenland – all wonderful sceneries that, sadly, are strongly affected by climate change.

The rainforest, the desert, and the Sardinian rocks were chosen to promote a new way of racing, characterized by new technologies that are compatible with responsible behavior and sustainable consumption.

Extreme E is an off-road electric SUV competition for brave drivers who challenge themselves on an unconventional terrain, experiencing new ways of interpreting motorsport. Not only the championship demonstrates the adaptability of electric cars to extremely hard routes, it also promotes gender equality: in each car, the crew includes a woman and a man, who drive the same vehicle alternately.

The race format is unusual too: there are no group starting grids, nor special stages with one Odyssey 21 racing at a time. Each round is spread over two days: the first includes two qualifying races, followed by two semi-finals and a final on the next day.

Points are awarded according to the qualifying times achieved by both drivers and the finishing positions in the semi-finals and final. The championship is designed to demonstrate that technology can go hand in hand with sustainable development.

After its experience as official partner of Formula E and MotoE, and as an official supplier of the ETCR, Enel X's role is strategic in the Extreme E championship, because it guarantees electric charging thanks to its JuicePump 40 Race Edition charging stations installed in the most exotic locations with extreme environmental conditions.

The commitment of Enel X in motorsport proves that technological innovation can work as a tool to lay the foundations for a new development model based on electrification, sustainability, and decarbonization.

Extreme E englobes in its championship the values that should lead us towards a zero-emission world. Enthusiasts who want to discover this new way of interpreting racing are more than welcome to Capo Teulada. And those who cannot travel will be able to follow the Sardinian appointment on Mediaset channels. Entertainment and sustainability. Together for a better future.

Extreme E to conclude inaugural season with UK round in Dorset