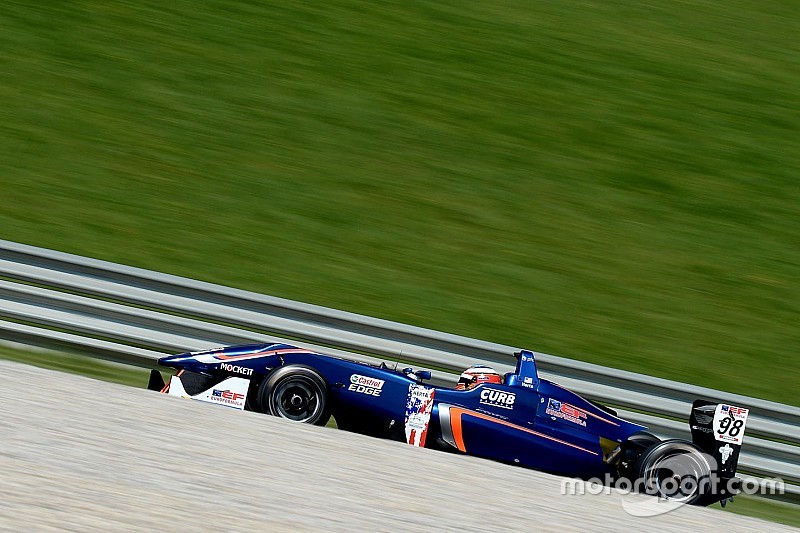 Colton Herta notched a double win in the Spielberg round of EuroFormula Open, as championship-elect Ferdinand Habsburg suffered a big blow in the second race of the weekend.

Herta, who had only scored a single podium before this round, clocked the fastest time in both qualifying sessions, laying foundation to a dominant weekend in Austria.

Herta ended Leonardo Pulcini's winning-spree, who won at least one race at each event so far.

In the first race, Herta led the field from pole position with Pulcini and Campos teammate Diego Menchaca following behind in second and third places.

Mechaca then lost control of his car, spinning and triggering a chain reaction that caught out six other drivers.

When the race resumed after four laps behind the safety car, Herta was again quick to respond, keeping championship leader Pulcini at bay.

However, the Campos driver lost any chance of mounting another challenge when he ran wide at Turn 1, dropping down to eighth place.

The status quo remained at the front, granting Herta his maiden win in EuroFormula Open.

Pulcini eventually recovered to fourth to salvage a decent haul of points, with Tanart Sathienthirakul completing the top five.

Herta doubles up in race two as Habsburg retires

Herta was again quick off the line in race two, establishing a one second gap by the end of the first lap.

Habsburg on the other hand, had a poor start from second on the grid, dropping down to 12th place.

The Drivex driver eventually retired with a gearbox issue, giving a severe blow to his championship hopes.

With his chief rival out of the race, Pulcini held station in second place with Herta taking the chequered flag by a dominant gap of 12 seconds.

Diego Menchaca secured the final podium spot in third, having made gains in the early part of the race.

Sathienthirakul was classified sixth ahead of the second Carlin of Ameya Vaidyanathan.