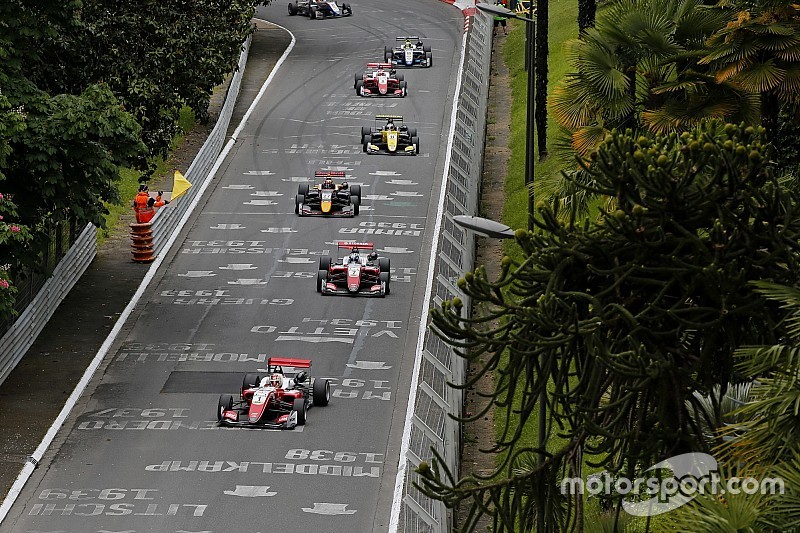 The Formula 3 Pau Grand Prix has been saved thanks to an agreement between the race organisers and the Euroformula Open series.

The event, a round of the FIA F3 European Championship from 2014-18, disappeared from the governing body’s F3 calendar with the positioning on the Formula 1 package of the new-for-2019 FIA F3 Championship.

Now Euroformula Open has stepped in, despite having already announced an eight-round calendar for next season.

When contacted by Motorsport.com, series promoter GT Sport did not want to comment on speculation of its Pau date until an announcement on Monday.

But the Grands Prix de Pau Twitter page announced the tie-up on Saturday.

EF Open, which since 2012 has run for the existing generation of Dallara F3 car and spec Toyota engines, is opening its doors next season to the FIA F3 engines that were first run in the European championship in ’14.

GT Sport boss Jesus Pareja told Motorsport.com that he is confident of a strong influx of European F3-engined cars for 2019.

“Based on the interest shown by teams, we can expect 10 to 12 cars with Mercedes HWA and VW Spiess engines,” he said, “and maybe even a couple more if things go well.”

He added that the series could split into two classes – one for Toyota engines and one for FIA engines.

“This was proposed by some teams, and it’s an idea we are ready to consider in due course, if the teams so wish,” said Pareja.

“What we pledged to deliver is a BoP to level the performance of the three engines – we are progressing well towards that goal and I am confident we will come up with a BoP that will satisfy everybody.”

Team boss Trevor Carlin said: “We did the original BoP test and even for an initial stab at it they were so equal it would be hard to choose which one to run.

“I wouldn’t have a fixed opinion on either engine – it would be down to personal choice of the driver, and we can offer both.”

Another British team, Double R Racing, is planning to enter the series with three Mercedes-engined cars.

“There’s quite a lot of interest in it,” said Double R chief Anthony ‘Boyo’ Hieatt.

“If we can do it for half the money of the old European F3 it’d be a nice place to be, and the Michelin tyre [in EF Open] is wonderful – the drivers love it.”

Hieatt also played down fears that EF Open’s status of just 10 superlicence points for its champion would put it at a disadvantage against the rival DTM-supporting Formula European Masters, which awards 25.

“People put too much importance on it – not everyone is willing or able to get to F1,” he said.

“You can get the points, but you still need £20million to get a seat!”