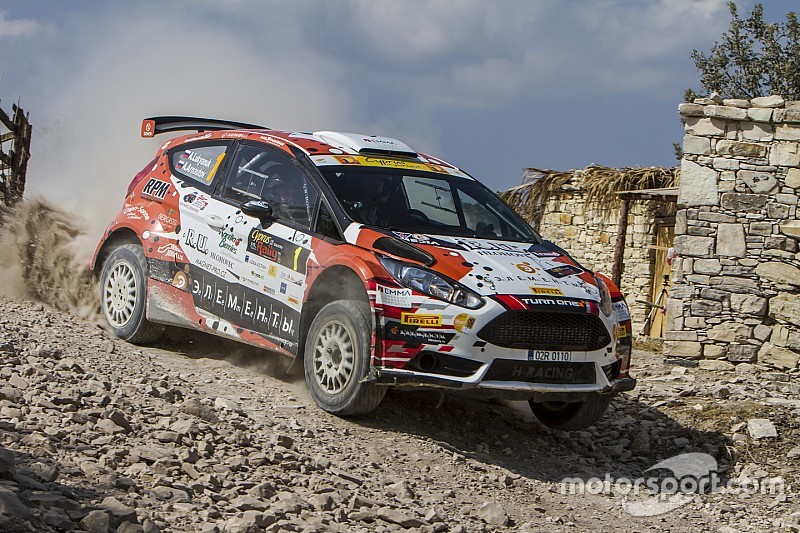 Alexey Lukyanuk secured the runner-up position in the 2016 ERC season by winning the final round in Cyprus by over two minutes.

Lukyanuk won 10 out of 12 stages and was untouchable during the event as he claimed his second win of the season after also triumphing in Round 1 in Spain.

Fellow Russian Nikolay Gryazin, an ERC Junior graduate, kicked off the event in second but a roll in SS6 ended his rally prematurely.

That promoted Marijan Griebel, another junior convert, to second and he kept the spot from three-time ERC winner Ralfs Sirmacis.

The Latvian youngster was in contention for second in the standings but he had to settle for third after completing the rally in the same position.

Hungarian regular David Botka matched his top finish in the series with a fourth, followed by top locals Christos Demosthenous and Nikolaos Georgiou.

The rest of the top 10 was completed by fellow Mitsubishis driven by Cyprians in the order of Costas Zenonos, Savvas Savva, Michalis Posedias and Stavros Antoniou.

Kajetan Kajetanowicz, who secured his title in the previous round in Latvia, did not enter the rally.