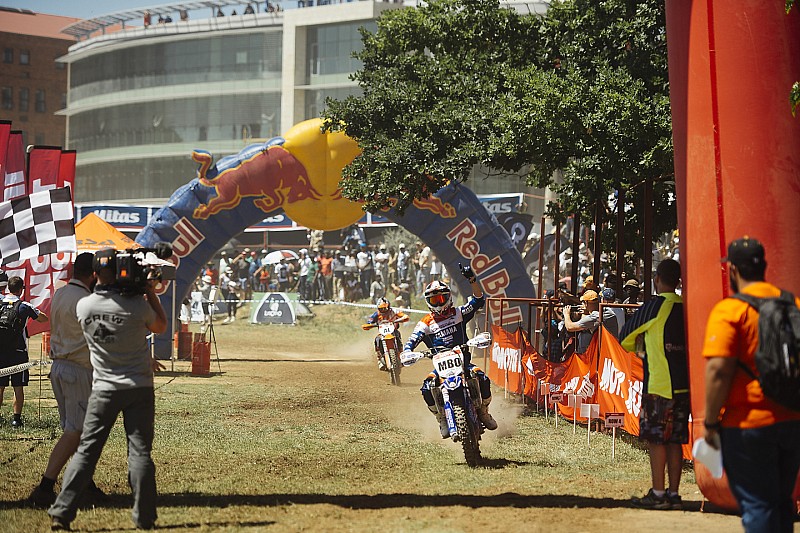 French national motocross champion Marc Bourgeois debuted in the Motul Roof of Africa hard enduro event and shared with Motorsport.com his thoughts on his toughest ever challenge.

Bourgeois claimed the E1 class title in the French motocross endurance championship this year. The 31-year-old Yamaha rider wanted to test his skills in an event that is being considered as one of the world's most extreme motocross spectacles.

The Roof of Africa is being held for almost half a decade in Southern Africa and in the recent years solely in Lesotho, a country known for its rocky terrain, mountains and high altitude.

Therefore, Bourgeois wanted to know where he stands when it comes to extremes, racing against multiple winners and young talented riders mostly coming from South Africa, Spain and the United Kingdom.

The three-day event started well for the Frenchman by claiming the best position in the city race called 'round the houses' in Maseru, followed by a time trail and two days of overcoming the Lesotho's roughest terrain with the toughest leg on the second day – in very warm weather conditions – when a 160 km race was scheduled.

Bourgeois was classified 20th with a total race time of 21 hours and 18 minutes.

"This competition, hard enduro, is completely different than what I am used to. The normal enduro is similar to what Sebastien Loeb in rally did. In hard enduro, in this event, it's all the time going up and down the mountains and you've got stones everywhere," Bourgeois explained to Motorsport.com.

It was tough, especially the second day in which many riders got stranded while climbing a mountain. "It was a very long day. It took ten, eleven hours and a two hour stop. It was a crazy race day.

"I pushed the bike for twenty minutes and the last twenty kilometres was terrible. I felt dead, completely dead. And I didn't know how I would perform the following day, but thankfully the recuperation during the night was OK, so I could continue," he said.

"For the final day I was a little bit afraid, you know, because of the distance and the technical parts. It wasn't easy but I had a good fight with a rider and passed about five others."

Nevertheless, Bourgeois considered the Roof of Africa as a good experience and aims to keep the event in his busy schedule for next year. "I am busy as I take care of the official Europe enduro team with a few riders. But I like this event and why not considering another hard enduro event," he said.

"It was important for me to finish and it was a good experience for a first time. I have learned many things to improve my technique and navigation skills. For example I will change my physical preparation and for the bike we need different parts and setup. Now I don't push myself so much physically as I have a good technique for enduro, but for hard enduro it's so different.

"But overall it was a good event and I think it must be possible to do better. Top ten, top five is in reach, although it would be challenging to attack Graham Jarvis [winner of the event], he is 41 years old and has a lot of experience on the roof. But I like it, it's different and after this race I want to continue for myself and for Yamaha."