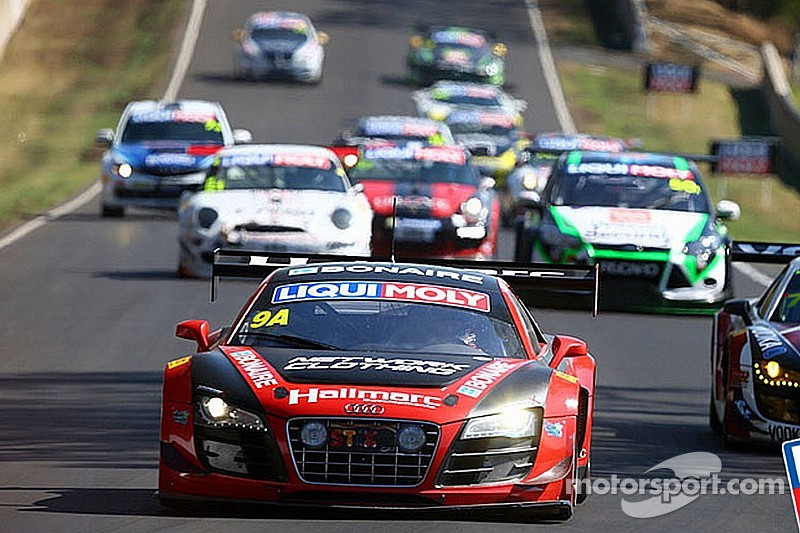 Racing talent from across the globe will descend on Mount Panorama, Bathurst for the 2015 Liqui-Moly Bathurst 12 Hour next week.

The class A (GT3 outright) entry list comprises 29 cars and features 87 drivers – some of them amongst the most successful from across the world of motorsport.

Meanwhile, some of the very best from the local talent pool are also represented in the outright class.

Leading the local line-up will be John Bowe, the most experienced driver in the field and part of the winning combination from 2014.

The Tasmanian icon has started 10 Bathurst 12 Hour races, more than any other driver – only missing the 1991 and 1993 races.

Queensland-based New Zealander Craig Baird brings his 12 one-make Porsche championships to the M Motorsport Lamborghini and will team up with one of Australia’s very best: three-time Bathurst 1000 Champion Steven Richards.

Between them, Baird and Richards have combined to win the last four Porsche Carrera Cup titles, Richards having won last year.

Two of the fastest ever drivers to circulate the 6.213km circuit are also entered in the No. 63 Erebus Motorsport Mercedes-Benz.

The winner of the very first Bathurst 12 Hour race, Peter Fitzgerald, makes his return to the Mountain this year and is one of eight former winners attempting to return to the top step of the famous Bathurst Podium.

Fitzgerald, Craig Baird, Mika Salo and Peter Edwards have each won the race once, while John Bowe, Christoper Mies, Darryl O’Young and Rod Salmon will each be trying to be the first to three victories.

In addition to his 2010 and 2014 triumphs at Bathurst Bowe also won the 1995 12 Hour race, however it was held at Eastern Creek Raceway in Sydney.

The Liqui-Moly Bathurst 12 Hour 2015 is proudly supported by the NSW Government through its tourism and major events agency Destination NSW.