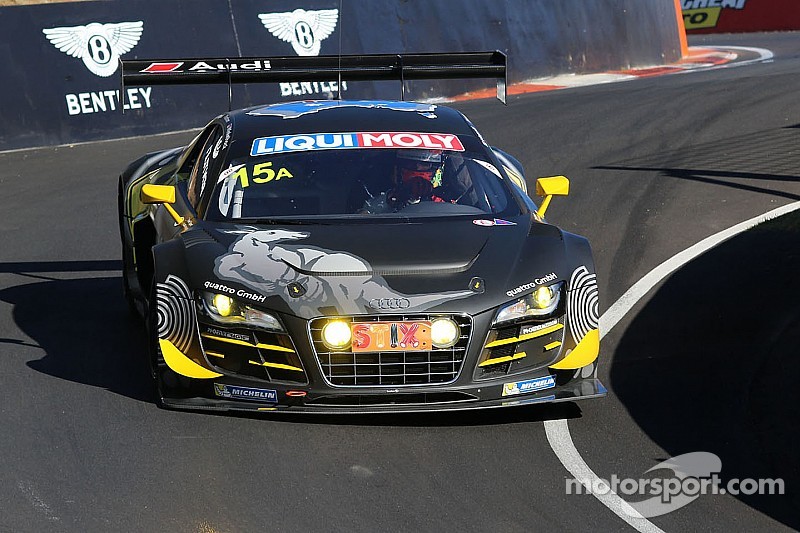 Audi and Lamborghini to start endurance event from the front row.

Five brands ended qualifying in the top five with Lamborghini, Nissan, Ferrari and Aston Martin next on the grid for tomorrow’s race.

JBS Racing driver David Russell led the early running in the final qualifying session and for a time his impressive 2m03.1751s lap looked to be insurmountable – at least until Vanthoor’s stunning lap towards the end of qualifying.

Russell and co-drivers Steve Owen and Roger Lago will start tomorrow’s race from the front row in the best ever qualifying performance from a Lamborghini in 12-Hour history.

The contrast in the front row is notable with the works powerhouse Phoenix Racing team from Germany to line-up alongside the tiny part-time Lamborghini team from Brisbane’s inner suburbs in Queensland.

The factory-backed Nissan GT-R NISMO GT3 will start third thanks to an impressive time from young Japanese star Katsumasa Chiyo – though his efforts ended soon after setting his 2m03.2974s lap when he made contact with the Cutting wall. Chiyo lost the rear of the GT-R mid-corner and touched the concrete barrier, limping back to pit lane where the car remained for the final 10-minutes of the session.