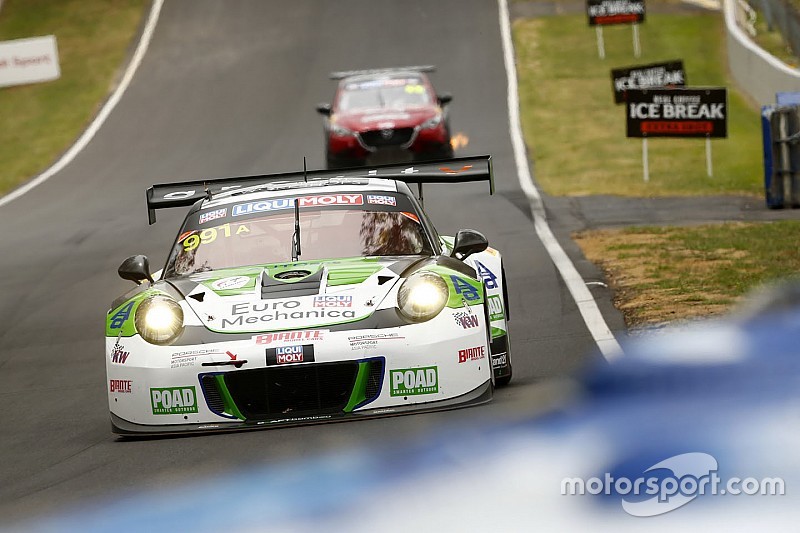 Le Mans 24 Hours class winners Laurens Vanthoor and Kevin Estre will again team up in a factory Porsche at the new Suzuka Intercontinental GT Challenge round in August.

The two Porsche works drivers, who took GTE Pro honours at Le Mans last weekend with Michael Christensen, will race a 911 GT3-R run by the Craft-Bamboo squad in the Suzuka 10 Hours on August 26.

They will share the car with Porsche-contracted Mathieu Jaminet, who is one of the German manufacturer's so-called 'young professionals'.

It will be the second 2018 IGTS outing together for Vanthoor and Estre, whose full-time programmes in 2018 are respectively in the IMSA SportsCar Championship and the World Endurance Championship.

They raced a Craft-Bamboo entry together with two-time overall Le Mans winner Earl Bamber in the Bathurst 12 Hours in February.

They missed out on a shot at victory courtesy of the early stoppage of the race and were then demoted from third to fifth for a drive-time infraction.

Vanthoor, who won the IGTS drivers' title with Audi in 2016, said: "I am really happy to go to Suzuka as I have never been before and I think it is a track that every driver wishes to go to."

Estre explained that his and Vanthoor's target was to make up for their near-miss at Bathurst.

"With Craft-Bamboo we need to make amends for what happened in Bathurst because we were good there," he said.

"We had a car which was able to win, but unfortunately some unforeseen variables prevented a victory."

Twenty-three-year-old Jaminet will test for Craft-Bamboo, which is Porsche's technical partner in the Asia-Pacific region, at Suzuka next week.

The Suzuka event, which replaces the traditional 1000km on the Japanese track's schedule, is the third of four IGTS races.

It has joined Bathurst, the Spa 24 Hours Blancpain GT Series round and the California 8 Hours at Laguna schedule in 2018.