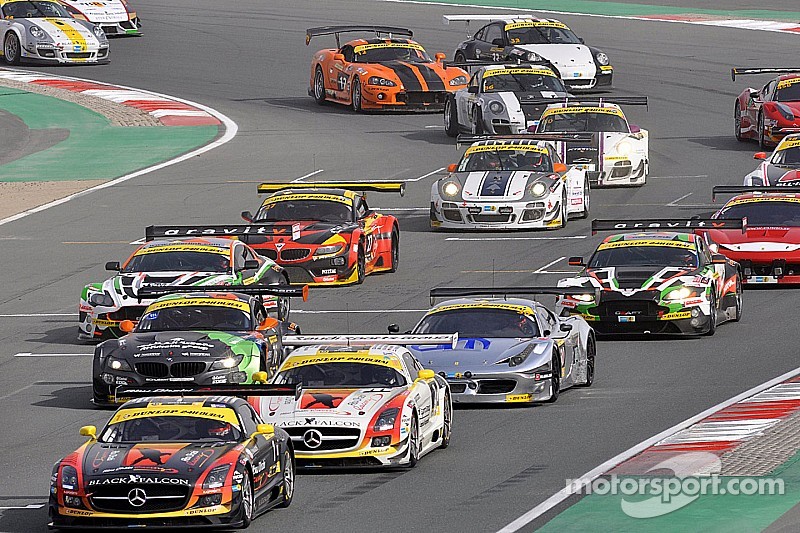 UAE based drivers and teams are likely to feature prominently in the tenth edition of the Hankook 24 Hours of Dubai which takes place this weekend from 8 to 10 January at Dubai Autodrome under the patronage of His Highness Sheikh Hamdan Bin Mohammad Bin Rashid Al Maktoum, Crown Prince of Dubai and Chairman of Dubai Sports Council.

Topping the list is two times winner Khalid Al Qubaisi who scored back-to-back wins in the 2012 and 2013 editions of the race, driving for the Abu Dhabi Racing Black Falcon Mercedes team entered for this race under the UAE flag. The team is determined to grab their third win in Dubai with tin top specialists Jeroen Bleekemolen, Bernd Schneider and Andreas Simonsen on duty during along with Al Qubaisi.

Recalling the disappointment of last year's race Al Qubaisi said, "Of course we were disappointed not to win because the number one car was going so well before we had our problems. The car was a winner. It was in a league of its own, just blasting away before things started to go wrong."

"Just before midnight we had electrical problems when the exhaust broke. We lost 18 laps fixing it, and then we had more problems in the morning and that was the end of the race for that car," explained the Emirati driver.

At the time Al Qubaisi was adamant that they would be "back to win again" on home soil and they start the tenth anniversary race as one of the favourites.

Multiple UAE champion c will also be on duty in a Mercedes, for the GT Russian outfit alongside Alexey Vasilyev, Marko Asmer and Kevin Korjus, a strong line-up quite capable of upsetting the odds.

Based at Dubai Autodrome, the Dragon Racing Ferrari featuring Mohammed Jawa, Jordan Grogor, Matt Griffin and Rob Barff know their way around the circuit. Having qualified on pole before, and last year the team enjoying a class win, they tackle the 2015 race with confidence and the ability to run with the big guns on the day.

Sami, Ramzi and Nabil Moutran will be contesting their 'home' race for the sixth time running at the wheel of their Memac Ogilvy Duel Racing Seat which they will share with Phil Quaife.

The Dubai based team is true family affair as Sami Moutran explained, "Everyone gets involved, and with the same intensity and passion as the drivers. From my brothers wives, to my sister Natasha managing the team, to my Dad helping to make calls on preparation and strategy."

Two UAE teams are targeting top honours in Class A2 with Zettanet Racing Team and Lap57 Racing squaring up in what is one of the toughest categories in the race.

From Wednesday onward Dubai Autodrome paddock will be a hive of activity with a myriad of off-track entertainment and attractions for the whole family, with free entry to the circuit for practice, qualifying and both race days - including access to grandstands and paddock area.

Qualifying for the 2015 Hankook 24 hours of Dubai takes place on Thursday, 8 January, between 15:00pm and 17:30pm, with the race set to be flagged off by ATCUAE president Mohammed Ben Sulayem at 14:00pm on Friday with the chequered flag waving to bring proceedings to an end at 14:00pm on Saturday, followed by the podium ceremony.

The Hankook 24 Hours of Dubai is one of the attractions of the 20th edition of Dubai Shopping Festival.