Andy Priaulx (GB) and Dirk Werner (DE) will no longer line up in the DTM in 2014, but remain as works drivers and members of the BMW family. Priaulx is switching to BMW Team RLL and will race in the new United SportsCar Championship (USCC) in North America. Werner will be the spearhead of the BMW Motorsport endurance programme, which will see him in action in the BMW Z4 GT3 at events including the Nürburgring 24 Hours. 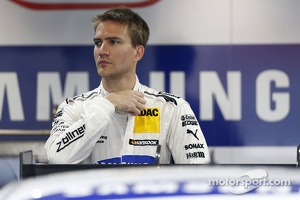 “BMW Motorsport is involved in numerous racing projects, and the boundaries between these projects are not set in stone,” said Marquardt. “Moving Andy Priaulx and Dirk Werner allows us to further upgrade our commitments in North America and on the endurance circuit. Both drivers will be valuable members of their new teams, thanks to their wealth of experience.”

“I had two great years with BMW Team Schnitzer and will always have fond memories of this time,” said Werner. “I am obviously disappointed to no longer be driving in the DTM. However, it is nice to remain part of the BMW family. I felt right at home on the endurance circuit prior to my time in the DTM. I am looking forward to seeing a lot of familiar faces again.”

Priaulx added: “The DTM was a fantastic experience for me. I had some great moments – and went out in style with my third place on the grid at the season finale in Hockenheim. However, I did miss standing on the podium. That is something I am now determined to achieve on a regular basis again with BMW Team RLL in the USCC. I still know the guys from my victory at the 12 Hours of Sebring in 2011 and am looking forward to this new and exciting challenge.”