The 17th spot on Motorsport.com’s top 20 moments goes to the popularity of the GT3 cars by fans, manufacturers and drivers. In just seven seasons the GT3 category has become the biggest and most popular GT racing category in the world.

When first introduced by SRO in 2006, the class was intended as a cheaper, more production car oriented class to the GT1/2 monsters that dominated the FIA GT championship, and also aimed at the amateur/gentleman racer as the class allowed ABS and traction control systems to be used. 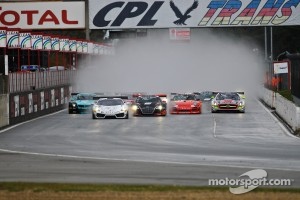 Almost all of the major GT manufacturers built cars to compete in the new series, and before long the category was adopted for other national and international series, such as ADAC GT Masters in Germany, FFSA GT Tour in France and as the lead category in the British GT Championship the German VLN series and elsewhere in the world with Super Taikyu in Japan, the Australian GT Championship and the Brazilian GT championship.

With so many series allowing the cars it was inevitable that development and production of cars would increase at a rapid rate, so much so that the ‘budget’ nature of the class was quickly forgotten about and all GT3 cars are now carbon clad, bewinged machines that almost resemble the GT1 cars of old.

Only the Balance of Performance measures keep the playing field level, along with no works teams, which is against the regulations in most GT3 derived series, although ‘semi-works’ supported teams are permitted. German manufacturers are at the forefront in GT3 at present, with Audi, BMW, Mercedes-Benz and Porsche all producing proven, race and championship winning cars. 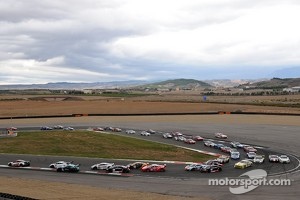 Why has it been a success is quite simple – it’s a relatively simple formula, reasonably cheap to procure and run cars and is well supported by manufacturers and brings some of the most modern GT cars together on track in a balanced competition that ensures close and often exciting racing.


With Bentley being the latest manufacturer to produce a GT3 specification car and other cars such as the McLaren MP4-12C and Nissan GTR now properly developed, 2013 will continue to provide exciting GT3 class racing globally, across every continent.