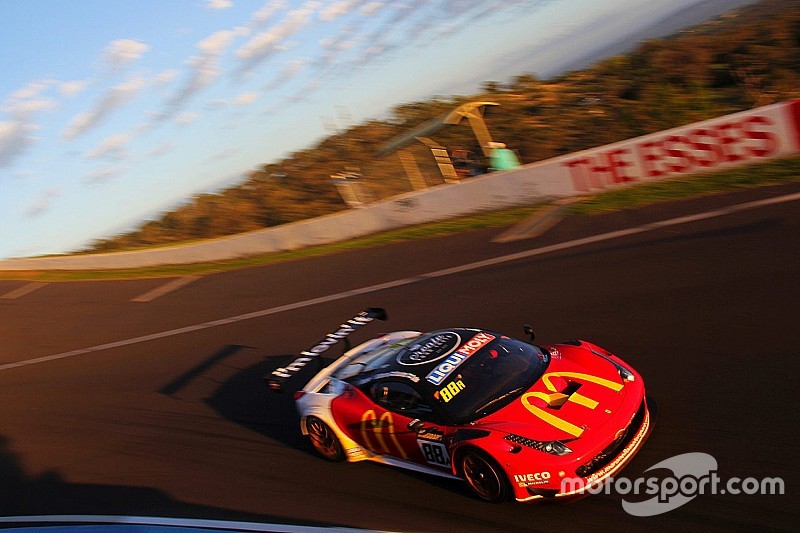 Australia’s top GT3 teams will head to Mount Panorama for the ‘Challenge Bathurst’ sprint event later this month, as preparations for the Bathurst 12 Hour kick up a gear.

The sprint event offers a rare opportunity for cars to get on the Mount Panorama circuit outside of a race meeting, which has led to the majority of Australia’s major GT3 teams signing on to get some early laps under their belt ahead of next February’s 12 Hour.

The GT3 cars will run in the ‘B’ group in the Lightning Super Sprint, with Walkinshaw GT3 set to run its Porsche, and Maranello Motorsport to test the Ferrari 488 GT3 that will be raced by high-profile signings Craig Lowndes and Jamie Whincup next February.

Vicious Rumour Racing will also a run a 488, while there will be three BMW M6 GT3s taking part, with the two BMW Team SRM cars, one of which is for Bathurst legends Tony Longhurst, Mark Skaife, and Russell Ingall, and the single MARC GT entry of Morgan Haber.

The Miedecke family will run their Aston Martin, while Mark Griffith has entered his Mercedes AMG GT3.

The event will have a competitive element, although for GT3 crews it will act as more of a rare testing opportunity.

The sprint portion of Challenge Bathurst will take part on November 24 and 25.