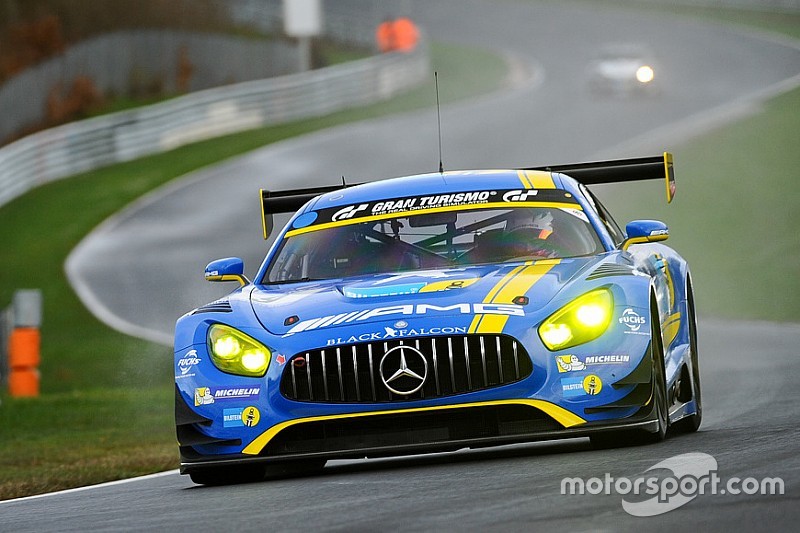 AMG - Team Black Falcon will again be heading up the Three-Pointed Star’s assault at the Nurburgring.

The Nürburgring 24 Hours features over 600 drivers in 157 cars, racing twice around the clock around the longest, toughest track on the planet. Over the 24 hours the drivers will complete almost 4,000km of flat-out competition, and the track’s location high in the Eifel Mountains almost guarantees unpredictable conditions. It’s the pinnacle of the global GT racing calendar, the race that every driver and team wants to win – and sometimes even getting to the finish can be a victory in itself.

In 2016 AMG - Team Black Falcon will be fighting for their second win at the iconic race, having emerged victorious in the 2013 edition, a race held in horrific weather conditions that tested the teams and their drivers to the limit. It was the first win at the race for a Mercedes-Benz, and this year AMG - Team Black Falcon will again be heading up the Three-Pointed Star’s assault at the Nurburgring.

Three Mercedes-AMG GT3s are entered by the team, with AMG - Team Black Falcon proudly representing the factory AMG Performance brand at the Nürburgring – nine Mercedes-AMG GT3 are entered in total. AMG - Team Black Falcon’s Mercedes will be running in the headline SP9 class for GT3-spec machinery. Up against the team will be almost 40 opponents running in that top category, representing the cream of luxury sportscar manufacturers: BMW, Bentley, Porsche, Audi and more.

The Black Falcon #14 Mercedes-AMG GT3 will see Abdulaziz Al Faisal (Saudi Arabia) driving alongside regular partners Gerwin (Netherlands) and Indy Dontje (Netherlands), but for the 24 Hours they’ll be joined by a special guest: former World Touring Car Champion and two time WTCC race-winner in 2016, Rob Huff (United Kingdom). Rob will have a busy weekend, as the WTCC forms part of the build-up to the 24-hour race itself: no sooner will he have completed racing in the WTCC than he’ll be putting on his Black Falcon race suit.

Schedule for the action

Track action starts on Thursday May 26, with free practice and the first qualifying session. A second qualifying session on Friday morning seals in the cars that will compete in the Top 30 qualifying run-off that will set the sharp end of the grid. The performance of AMG - Team Black Falcon in last month’s Qualifying Race mean that #4 is already locked into the run off. An hour of warm-up on Saturday morning is the final chance for the drivers to check the track before the 24 Hours goes green at 15:30 (CET). With so many cars on the grid, the field starts in waves based on qualifying and class. The fastest GT3s will lead the field off, and behind them will be everything from one-make Porsche and BMW Cup racecars to diesel saloons and hot hatches.

Once the lights go green, all bets are off: it’s down to the skill of AMG - Team Black Falcon’s team and drivers to get through a brutal 24 hours of racing – and emerge victorious. It’s a battle of man versus machine versus nature.

Audi aims to repeat 24-hour victory at the Nürburgring 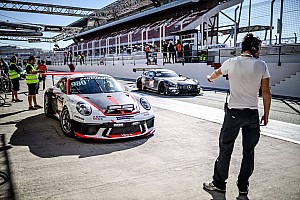