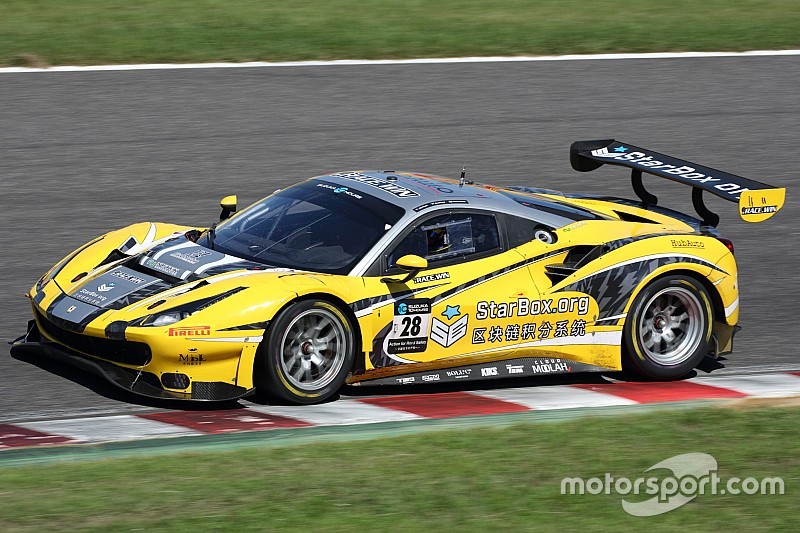 Taiwanese squad HubAuto Corsa claimed pole position for the inaugural Suzuka 10 Hours with its Pro-Am Ferrari in a truncated qualifying session on Saturday.

The #28 Ferrari 488 GT3 of Nick Foster, David Perel and Hiroki Yoshida topped the group stage of qualifying, ending up nearly two second clear of its nearest challenger based on combined lap times.

Foster took the wheel for the final 15-minute superpole, dislodging the benchmark time set by Frederic Makowiecki in the factory Manthey Porsche to move atop the leaderboard with a time of 2m01.740s.

At just about the same time, Takashi Kogure spun out at Degner, dispersing gravel all over the racing line and necessitating a red-flag.

With little time left on the clock, the session was not restarted, granting HubAuto pole position and the #888 GruppeM Mercedes, which only made it to superpole after a late decision was made to promote 24 cars in the final session, a spot on the front row of the grid.

Rigon’s earlier time of 2m02.080s was good enough to hold on to third, ahead of the #75 SunEnergy1 Racing Mercedes of Luca Stolz and the #23 KCMG Nissan driven by former Audi LMP1 star Oliver Jarvis.

Richard Lyons was ninth for full-time Super GT squad Audi Team Hitotsuyama, while the top-10 completed by another Super GT team Gainer, with Katsuyuki Hiranaka behind the wheel of its #11 Nissan.