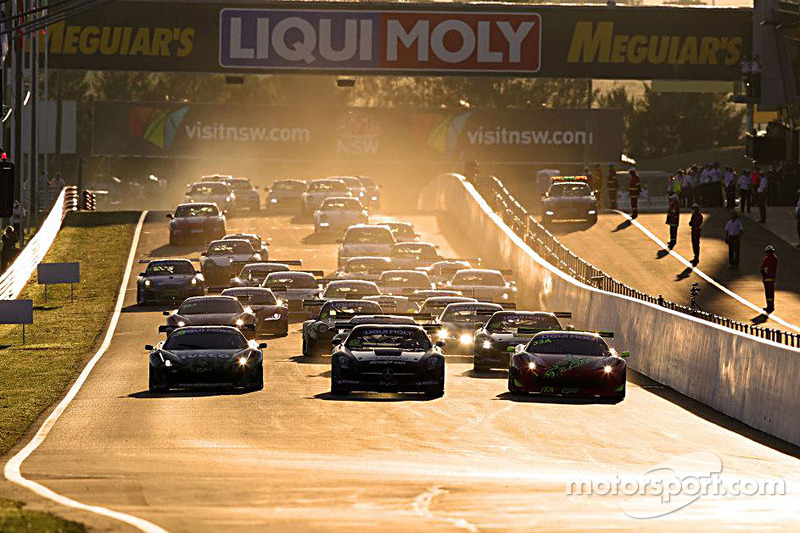 Drivers from all walks of life have targeted a start in the rapidly-expanding ‘around-the-clock’ enduro race in Australia.

WITH THE entry list now confirmed, star drivers from the world of motorsport are angling for a seat in the 2014 Liqui-Moly Bathurst 12 Hour.

Drivers from all walks of life have targeted a start in the rapidly-expanding ‘around-the-clock’ enduro and have fingers crossed that they will get the chance for 12-hour glory this February.

V8 Supercar star Tim Slade and Porsche Supercup ace Ben Barker are just two out of a host of star drivers to put their names forward.

Other notable names including V8 Supercars co-driver Karl Reindler, international Kiwi star Jono Lester and Grand-Am Rolex Sports Car series star Ryan Dalziel – amongst others – have all expressed their intentions of tackling the race next February to Event organisers. 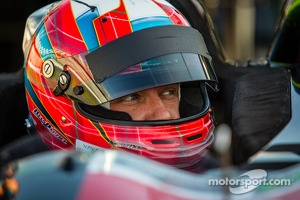 Slade was one of several standout performers from the V8 ranks in the 2013 race, driving one of two Erebus Motorsport Mercedes Benz SLS AMG entries. The car he shared with Lee Holdsworth and Peter Hackett started from pole and remained in contention for a podium finish until the closing hours of the race when damage forced them to pit lane.

A change of V8 Supercar teams for 2014 (to Walkinshaw Racing) will mean Slade won’t get another berth in the Erebus cars next February – but that won’t stop him from trying to get on the grid.

“It is a great event and quickly becoming a ‘must win’ on the calendar, which is why I want to be back there,” Slade said.

“The cars are amazing to drive and any time you get laps at Bathurst is special, but the way the competition has built over the last few years makes it a real challenge to go and win.

“I obviously get plenty of laps there in the V8 Supercar each October and my experience there in 2013 driving the GT car was sensational – I’d like to think I would have something to offer a team. Any chance you get to race at Bathurst is something you have to grab, but to go there with a chance to win is even better.

“I’d love to be in the race and have another crack at winning it.. It’s a great race.”

British driver Ben Barker spent two seasons in Australia before returning to Europe, winning the Australian Drivers Championship and impressing in Carrera Cup before tackling his first year of the Porsche Supercup – a key support category to Formula One and one of the more competitive GT-style series around.

Barker impressed in his rookie year of the demanding Porsche one-make championship, becoming a regular top ten finisher with a view to contending for the championship in 2014.

The Brit, back in Australia for the summer, says he is working hard to get back behind the wheel at Bathurst having impressed there on his Carrera Cup Australia debut two years ago - and a start in the V8 Supercars Developent series the year prior.

“Our races at Bathurst were only short but it gave a real taste of how good that place is in a GT-style car,” Barker said.

“I’ve spent most of my last year in Europe racing in the Supercup and a lot of people are starting to talk about the Bathurst 12 Hour. Guys like Jeroen Bleekemolen talk about racing at Bathurst and that shows the kind of profile that the race is gaining internationally – and the fact more and more internationals are coming down for it each year is proof of that.

“Bathurst is known around the world for the V8 Supercar race, but it’s difficult for overseas drivers to get a start in that event. Having a major GT enduro there for that reason alone is a bonus.

“I’ve had experience there in the Porsche and in a V8 Supercar but to have the ability to do it for 12 Hours would be incredible!”