A spectator has been caught on camera trying to extinguish Tim Pappas' Porsche following his fiery crash at Mount Panorama this morning.

The spectator appears to be first on the scene, wearing a shirt and shorts and brandishing a fire extinguisher as the back of the Black Swan Porsche burns.

Posts on social media have suggested he jumped the fence and collected the extinguisher from a marshal post, however that's yet to be confirmed via any official channels.

Supercars Events has since issued a statement regarding the incident, confirming that an investigation is taking place with the Confederation of Australian Motor Sport.

"CAMS and Supercars Events, the promoter of the Bathurst 12 Hour, are investigating the incident and subsequent response to the accident involving car #540 this morning," read the statement.

"As with any motor sport incident, CAMS will conduct a full investigation once all relevant information has been gathered.

"Supercars Events will assist in the review process, in consultation with track management." 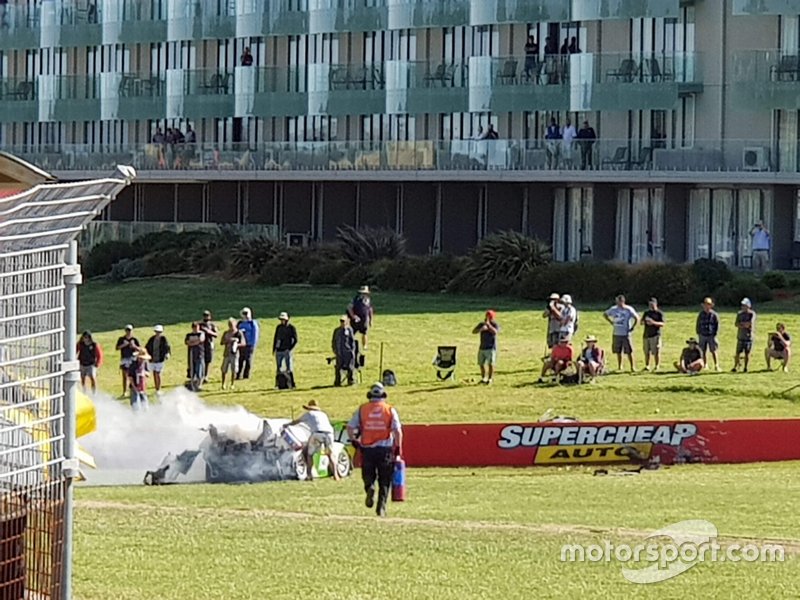 Palmer, Hahn and Baldwin take round 4 wins at Barber

Ben Keating and the No. 33 Viper GT3-R return test at Daytona