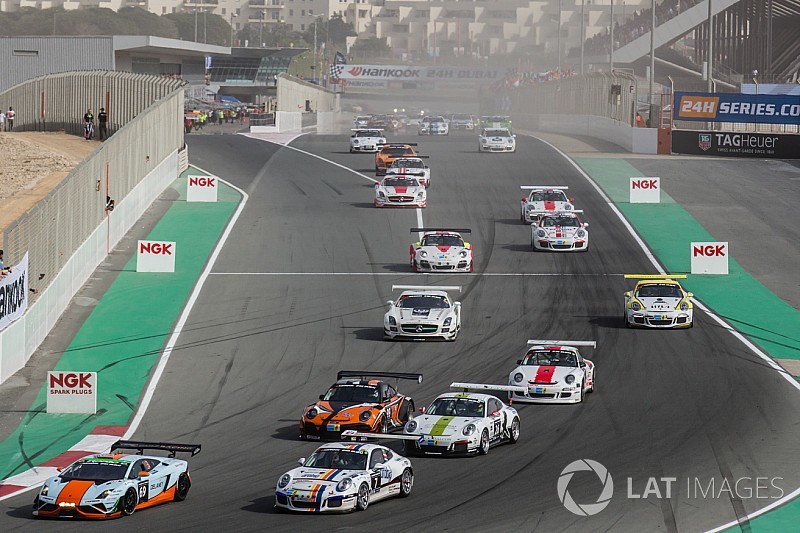 Open for GTs, touring cars and 24H Specials, the race at the Circuit Of The Americas in Austin, Texas, is the final round of Creventic’s new-for-2017 ‘Championship of the Continents’

Gennep – The inaugural Hankook 24H COTA USA (10-12 November, 2017) can rightfully be referred to as a ‘finale grande’ to conclude what has been an action-packed season in the Creventic Series powered by Hankook. Open for GTs, touring cars and 24H Specials, the race at the Circuit Of The Americas in Austin, Texas, is the final round of Creventic’s new-for-2017 ‘Championship of the Continents’. It marks the first event for the Dutch agency to be held in the United States. A total of 25 different nationalities are expected on the grid for the 24-hour race, including seven US-based teams and one outfit from Mexico.

“We are delighted to stage our event at COTA,” Creventic’s Peter Freij says. “Opened in 2012, the circuit is a state-of-the-art facility, well-known as the venue of the Formula 1 United States Grand Prix, the North-American round of the FIA World Endurance Championship, the Grand Prix of the Americas MotoGP round and events of the IMSA SportsCar Championship, to name but a few.”

With its flagship event in Dubai, various races throughout Europe and now the inaugural event in North America, Creventic has been organising races on three different continents this year. That provided an ideal opportunity for a separate ‘Championship of the Continents’, with the score from Dubai, the best score from any of the European rounds and the score from COTA being taken into account. To make the battle for the championship even more exciting, 1.5 times the regular number of points will be awarded for the race at COTA as this is the season finale.

Six Porsche 911 Cup cars have been entered in the 991 class, including 24H Series class champions PROsport Performance and its drivers Charles Putman, Charles Espenlaub and Joe Foster, plus Andy Pilgrim who is joining the team for the Texas round. The SP2 class is the second-largest with eight entries, including a pair of the new Mercedes-AMG GT4, plus three MARC silhouette cars, two Porsche 991 Cup cars and a BMW M3 F80 Endurance. The SP3 class has two Porsche Cayman GT4 MRs, two BMWs and two Aston Martin Vantage GT4s.

Four TCR cars lead the touring car contingent, with two SEAT Leons facing competition from two Peugeot 308 Racing Cup cars, entered by reigning 24H Series touring car champions Team Altran Peugeot. Five BMW 235i Racing cars are competing in the CUP1 class, with multiple cycling champion Tom Boonen as one of the drivers for the Belgian QSR Racingschool team. Three Hondas and one Peugeot RCZ in the A2 class round out the field.

After the popular rent-a-car rides on Thursday, 9 November, and three hours of optional private testing on Friday, 10 November, official track action starts with free practice from 14.00-15.30 hrs, followed by qualifying from 17.00-18.00 hrs and night practice from 19.00-20.30 hrs. On Saturday, 11 November, the first part of the race will be held from 9.00-23.00 hrs, followed by an intervention under parc fermé conditions. Racing resumes on Sunday, 12 November, at 8.00 hrs, with the finish at 18.00 hrs (all times local, CET 7 hours later). Access at the track is free for spectators.

Sepang 12 Hours cancelled due to lack of entries