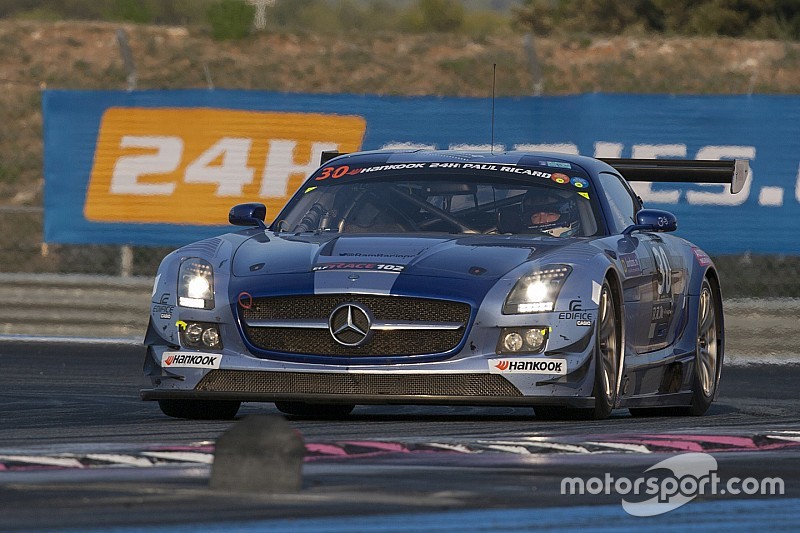 With the battle for the overall drivers’ and teams’ titles still to be decided...

Brno – This week, Friday, 9 October, and Saturday, 10 October, the Automotodrom Brno in the Czech Republic will serve as the venue for the Hankook 12H Epilog Brno, the sixth and final round of this year’s 24H Series powered by Hankook. With the battle for the overall drivers’ and teams’ titles still to be decided, and the titles in various classes still up for grabs, there is everything to play for in the race once around the clock. “There is plenty of interest for the race. We will have 51 cars on the grid and teams and drivers from 25 different countries all over the world. It will be our first race at Brno and we are really looking forward to it,” says Natasha Mark on behalf of Creventic, the Dutch agency that is the promoter and organiser of the 24H Series powered by Hankook, in co-operation with the Dutch National Racing Team (DNRT).

In the overall drivers’ standings, Swiss lady racer Chantal Kroll, who already won the Ladies’ Cup, is leading prior to the season finale at Brno. With class wins at Dubai and Paul Ricard and podium places at Mugello, Zandvoort and Barcelona, she has a total of 121 points and is two points clear of Australian, Peter Leemhuis. A total of four drivers, German Bernd Küpper, Swiss Martin Kroll and Brits James Kaye and Tom Onslow-Cole, are two points further down. In the overall teams’ standings, German team Hofor-Kueperracing and British outfit RAM Racing are tied in the lead at 117 points. Teams’ and drivers’ championships in various classes still have to be decided at Brno as well.

The entry for Brno is quite strong

There are ten cars in the A6 class, including three teams that were race winners in earlier rounds of the 24H Series powered by Hankook, all with Mercedes-Benz SLS AMG GT3: HP Racing from Austria, the winners of the most recent 24H Barcelona, RAM Racing, winners of the Hankook 24H Circuit Paul Ricard and Hofor Racing, winners of the 12H Zandvoort. German team, HB Racing Team Herberth, the winner of the Hankook 12H Italy-Mugello with its Porsche 997 GT3 R, will also be on the grid. Local honours are defended by Czech team, Scuderia Praha with its Ferrari 458 Italia GT3 and drivers Jiri Pisarik, Jaromir Jirik, Peter Kox and Matteo Malucelli, and Senkyr Motorsport with its BMW Z4 GT3 and drivers Lennart Marioneck, Markus Palttala, Robert Senkyr and Tomas Erdelyi.

The all-Porsche 997 class has an entry of six cars from five teams. The SPX class is a singleton Lamborghini Huracan affair. SP2 has various entries including MARC and GC Automobile silhouette cars and Czech involvement from RTR Projects with a KTM X-BOW SP2, including Czech ex-Formula 1 driver Tomas Enge in the line-up, and RPD Racing with a Ferrari 458 Challenge. The SP3 car has a variety of GT4-spec cars, such as KTM X-BOW, Lotus Evora, BMW M3, Ginetta G50 and Aston Martin Vantage, as well as the Saker GT TDI and one BMW M235i. The A5 class includes a variety of BMWs, including entries from Czech teams BP Autosport-HTRT and Duck Racing and BMW M235i entries Bears4Racing, Securtal Sorg Rennsport 2 and Bonk Motorsport. A3T is the class for various SEAT Leon Cup Racers and a Supercopa car, as well as two Peugeot 208 GTIs. In the A2 class, there are four Renault Clios, including one from Czech team Krenek Motorsport, and a Honda Civic Type R.

Official track action starts on Friday, 9 October, with free practice from 14.00 till 15.30 hrs, followed by qualifying from 15.45 till 17.15 hrs and night practice from 19.15 till 20.15 hrs. The race runs on Saturday, 10 October, from noon till midnight. On Friday and Saturday, the Czech Drift Series will be on track as well. As usual in the 24H Series powered by Hankook, the Korean premium brand is the exclusive tyre supplier for the event. BRM is the official timing partner and provides the trophies for the prize-giving ceremony. SPAA05 LED displays on all cars indicate the position of the cars in the race and Showtrax and Stand21 have sales and service booths in the paddock.