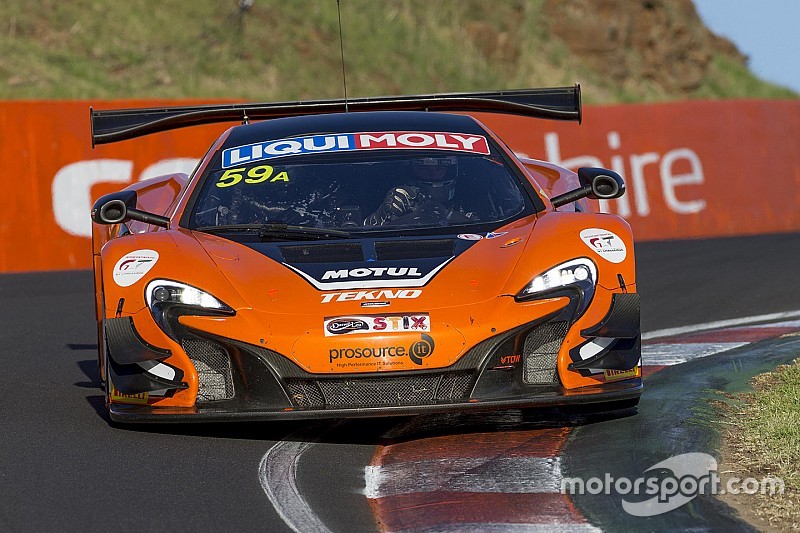 Pole position for the 2017 Bathurst 12 Hour will be decided by a single-lap Shootout, it has been confirmed.

The concept of a Top 10 Shootout fits naturally with the Mount Panorama circuit, the Bathurst 1000 pole position having been determined by a single-lap session since the late 1970s.

The 12 Hour will now adopt the same system, with the Top 10 cars from regular qualifying fighting it out for pole with a one-lap dash on the Saturday afternoon.

The ‘Pirelli Shootout’ will be held following qualifying on the Saturday afternoon of next February’s event, the winner to be awarded the now iconic Allan Simonsen Pole Award.

For the first time next season, all-Pro line-ups will be permitted for the race, replacing the Pro-Am style format that has been used in the past.

The 2017-running could also see the first sub-two-minute lap for a GT3 car, Shane van Gisbergen having gone painfully close with a 2m01.28s on his way to pole position in a McLaren last year.