The second edition of the Gulf 12 Hours will have the distinction of being run the same year as the first, as organizers have opted to hold the event in December instead of January.

Boasting an impressive entry list for only its second running, the Gulf 12 Hours will see close to 30 cars on hand under the Yas Marina sun, with 13 strong GT3 entries.

Defending race champs Team AF Corse are certainly the favorites with no less than six Ferrari 458 Italias entered under three different banners. The "house" AF Corse entries will see the No. 1 driven by Gateano Ardagna and Ferrari regulars Gianmaria Bruni and Toni Vilander, while the sister car, No. 2, will be in the hands of Nicolas Minassian, Stéphane Sarrazin and Enzo Potolicchio. Flying the AF Waltrip flag, Steve Wyatt, Michele Rugolo and Maurizio Mediani will drive the No. 10 car while Alex Popow, Pierre Kaffer and Ryan Dalziel will be in the No. 11 entry. The third team running under the AF Corse umbrella will be International GT regulars AT Racing with two Ferrari 458 Italias of their own, one for Mallegol/Bachelier/Blank and another for Lanting/Machiels/Hommerson, the two Pro-Am Cup Blancpain Endurance Series champions in 2012. In other words, AF Corse doesn't take the Gulf 12 Hours lightly. 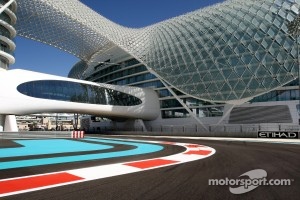 Competition will come from ASM Team with a McLaren MP4-12C driven by Rob Bell, Alvaro Parente and Karim Ojjeh. This Portugese entry will be one to watch. Meanwhile, Kessel Racing has also put together formidable entries in the form of three Ferrari 458 Italias. The No. 3 car will be handled by Daniel Zampieri, Philipp Peter and Michal Broniszewski while Mathias Beche will join Gino Forgione and Mario Cordoni in the No. 4 entry. The third car will be under the Team Kessel Chicco d'Oro banner with Niki Cadei, Thomas Kemenater and Kola Aluko of Nigeria.

The Italian squad Autorlando will have a Porsche 911 GT3-R for Jeroen Bleekemolen, Sebastiaan Bleekemolen and Emilio Di Guida. The United Autosports Audi R8 LMS ultra will also be making the trip to the Gulf with Mark Patterson, Matt Bell and Will Bratt. Bratt took the F3000 Euroseries title in 2009. A second McLaren MP4-12C will be on track as MRS GT-Racing will have drivers Philipp Eng, Fernando Baiz and Justino de Azcrate Riveroll on hand, while Black Falcon will enter a lone Mercedes SLS AMG GT3 for Vimal Mehta, Sean Patrick Breslin and Khaled Al Qubaisi.

Seven GT4 entries will be on the grid. Local team Gulf Racing Middle East will make the quick trip from Dubai with an Aston Martin Vantage GT4 in the hands of John Iossifidis, Martin Baerschmidt, Nigel Farmer and Fred Fatien. Even more local, the Yas Marina Circuit will enter another Aston Martin for Saeed Al Mehairi, Hasher Al Maktoum and Abbas Al Alawi. The Barwell Motorsport team will enter their own Vantage GT4 for Tom and Geoff Kimber-Smith and Jan Andersen. The Italian team Ebimotors will have two Porsche 997 GT3 Cup entries, one of which will be driven by Scanzi/Silva/Benucci and Matteo Beretta. Two Ginetta G50/Nova Race will add a bit of spice to the GTX (GT4) class. 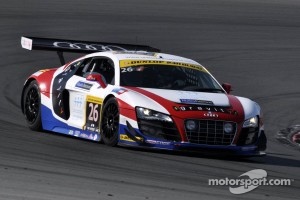 The first edition of the Gulf 12 Hours (run in two races of 6 hours each) was won by AF Corse, 2.6 seconds ahead of Kessel Racing and 9.8 second ahead of third place United Autosports. Practice will be on Wednesday, Dec. 12 from 3p.m. to 4:20p.m., then from 5:50p.m. to 7:10p.m. A final practice session is planned for Thursday from 10:40a.m. to noon before four qualifying sessions (one per driver, except in GT3 where only three drivers are present). Race 1 will be on Friday from 9:30a.m. to 3:30p.m. and Race 2 from 5p.m. to 11p.m. Our friends at Endurance-Info will be on hand to cover the race at the Yas Marina Circuit, so stay tuned!

In endurance racing, insurance is a hard pill to swallow