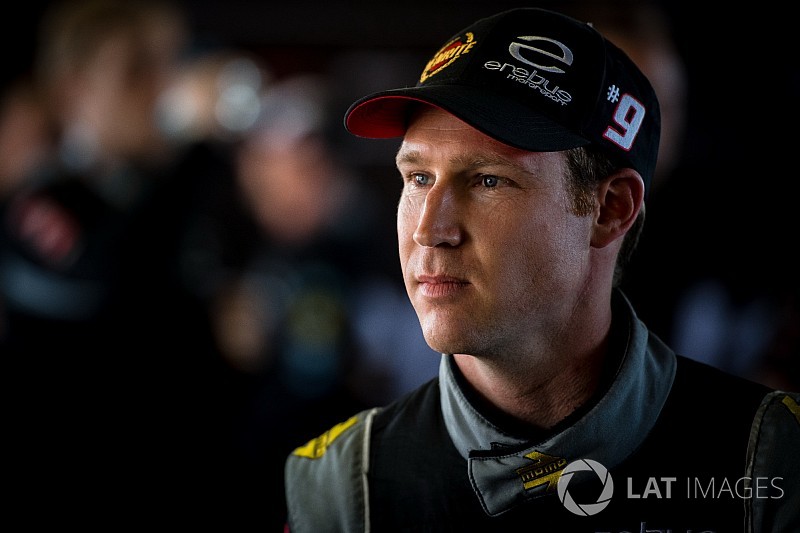 Reigning Bathurst 1000 winner David Reynolds will lead the Pro-Am driver line-up in Mark Griffith's Mercedes at the Bathurst 12 Hour in a fortnight.

The Supercars star will be paired with reigning Am class winners John Martin and Liam Talbot, along withcar owner Griffith.

It's Reynolds' fourth appearance at the 12 Hour and third in a Mercedes; in 2016 he finished fifth outright in an Erebus entry alongside factory AMG drivers Nico Bastian and Thomas Jaeger, while a promising charge alongside Griffith and Dom Storey was killed off by crash damage last year.

“It’s probably one of the best races you go to for the year as a driver," said Reynolds.

"It’s very relaxed, the cars are quite cool to drive – even though they’re nothing like what we normally drive in Supercars – it’s a lot of fun

“And we’ve got a good chance to win our class and hopefully even challenge for outright. It’s going to be hard because we’re Pro-Am, but it’s still possible.

“All of the long-distance races you do during the year, they’re always a lot more fun. They’re super intense, but they’re also kind of relaxed at the same time. It doesn’t have the whole pressure of Supercars and what not. It’s cool.

“It’s always a good feeling when you know you’ve won at a track before. It is the best racetrack in Australia; any chance you get to drive it, it doesn’t matter if you’re in a taxi or an Uber, you love it.”

For both Martin and Talbot, the race represents a shift in manufacturer. The pair finished a remarkable fourth outright and first in the all-Am class alongside Duvashen Padayachee in a Walkinshaw-run Porsche last year, before Talbot went on to narrowly miss out on the Australian GT title in the car.

Former open-wheel and LMP2 driver Martin also helped Talbot to third in the 2017 Australian Endurance Championship in the 911 R GT3.

According to Griffith, the driver line-up shows that the team has Pro-Am success on its mind.

“We had a great car with Dave last year, unfortunately we had a few little incidents which caused us to eventually retire,” Griffith said.

“This year if we can have the same kind of performance and I can stay on the same lap as the leaders then the other guys can fight to the end.

“We’re going there to do well in the Pro-Am class and in the end, that’s all we can ask. We’re not going there trying to be exciting but Bathurst is Bathurst and who knows what can happen.

“We are there for fun by I appreciate Dave, John and Liam for giving their time to be there so we are taking it seriously.

"The car is having every upgrade and new parts fitted to it so we’ll go there fresh and ready to go.”