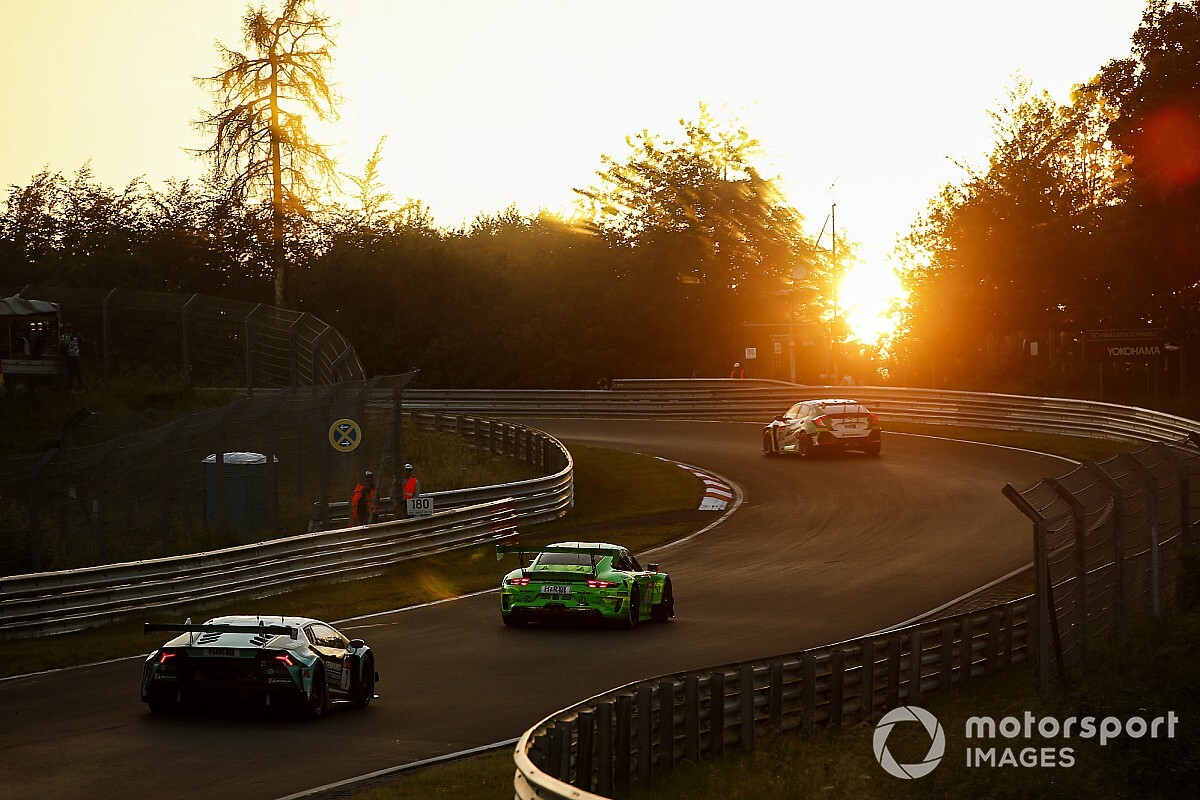 Although major events in Germany are prohibited until the end of October, preparations continue for the Nurburgring 24 Hours being held in late September, although it’s as yet unclear what this means for spectators.

Despite the ban on major events until the end of October imposed by the German government, the ADAC Nordrhein is doing everything it can to enable the race to take place Sept. 24-27. Hopes regarding a large spectator presence are diminishing, however.

A spokesman told Motorsport.com: "We do not favour the cancellation of the 24-hour race in a hurry. It is the most important event for the whole region. Accordingly, we as organisers are thinking responsibly about the event.”

In the wake of the Covid-19 pandemic, the federal and state governments on Wednesday evening largely implemented a proposal by Bavarian Prime Minister Markus Söder. Among other things, it provides for a ban on major events until the end of October if contact tracing and hygiene rules cannot be observed. This applies primarily to festivals and concerts.

What exactly today's decision means for the race cannot yet be accurately assessed, since it remains to be seen how the ban on large events will be implemented at the state level in Rhineland-Palatinate, let alone district level.

The Nürburgring Langstrecken-Serie (VLN) has received a permit from the district of Ahrweiler for its races starting on the June 27. With a hygiene plan in place, it is allowed to run in front of empty grandstands, and it is thought the ADAC Nordrhein can use this concept as a basis.

However, it will be more difficult for the Nurburgring 24 Hours, because considerably more personnel are used and need to occupy enclosed spaces.

In theory, the round-the-clock classic could be held in front of empty grandstands, even if this militates against the traditional “party atmosphere” of the event. It would also be conceivable to allow only a certain number of spectators, as per the IMSA WeatherTech SportsCar Championship’s plans when it returns to action next month.

Nonetheless, every spectator would have to be precisely identified for tracking purposes.

There is also hope that the situation will change again in the meantime, and so the spokesman remains hopeful.

He said: "Since the beginning of the corona crisis, about three months have passed, during which many things have been banned and, fortunately, loosened again."